Here are various statistical takes on the BBC's coverage of the EU referendum, starting with some updates on Newsnight and BBC One's News at Six...


The difficult question this week was whether to include Thursday and Friday's interviews in the wake of the murder of Jo Cox. As both discussions spent time discussing how the murder relates (or doesn't relate) to the EU referendum debate (with some of the guests making points against one side or the other), it was obviously necessary to include them.

By my reckoning that changes our running total, which was:

As for the sub-trend looking at who gets most of all of the solo appearances (i.e. not in joint interviews), well, we left that at:

I now make that:

...with Remain still approaching double the number of one-person interviews that Leave has been invited to attend since the beginning of the year. 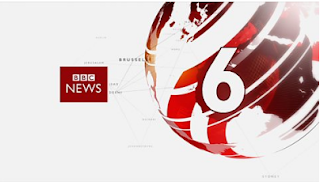 As for BBC One's News at Six (and its weekend equivalents), we last left our monitoring of its choice of EU referendum-related angle - as ever defined as "which side's angle comes first in either the headlines or the whole bulletin" - with the following running total:

Here's the latest batch:
.
12/6  David Cameron's latest warning on the risks of leaving the EU: the value of our pensions could be at risk.

13/6  Labour heavyweights pitch into the referendum debate. Gordon Brown makes the case for staying in a bid to get the Labour vote out.

14/6  Labour warns the NHS is a risk if the UK leaves the European Union but admits more needs to be done to control immigration.

15/6  65 Tory MPs turn on George Osborne after he says leaving the EU would mean an emergency Budget and higher taxes. Making waves. Leave MPs say they would vote him down. The Chancellor argues he'd have no choice.

16/6  The Bank of England has issued a new warning about the economic risks in the UK and globally if Britain votes to leave the European Union. The Bank's Monetary Policy Committee said the referendum was the largest immediate risk facing global financial markets. It warned that businesses and consumers were putting off major economic decisions and said the uncertainty was effecting the stability of the pound.

18/6  Official campaigning over next week's referendum remains suspended following the murder of the MP Jo Cox. Today the International Monetary Fund, delivering its annual report on the UK economy, warned it could shrink by 5% in the event of the UK leaving the EU. The warnings have been dismissed by those who support leaving.

19/6 Campaigning resumes in the EU referendum with both sides strongly disagreeing about what the vote means for the economy and immigration. In campaigners maintain a Brexit would hit people's pockets, but Vote Leave say the UK can deal with whatever the world throw at us.

The one on the 15/6 strikes me as slightly open to question, but George Osborne's pro-Remain angle was the main angle. The rest seem pretty straightforward. All of them put Remain angles first. That, therefore, raises our running total to:


And now for a new one, echoing the conscientious work of Wronged at Biased-BBC but beginning instead with the edition after David Cameron named the date for the EU referendum back in February.

The results are striking - and better for the BBC than the above: