First you sit through the debate itself. Then you are fed various reactions (not only by the BBC by the way, but by the press, Sky, and so on) and you start to wonder if you had actually watched the same programme.

One small thing summed up the impact of the Great Debate. Afterwards, Reeta Chakrabarti interviewed four of the people who had been chosen to put questions to the panel, two from each ‘side’.
Not one of the four had changed their minds in any way whatsoever. Of course asking their question in such a public arena must have been nerve-racking, so perhaps they were too distracted to listen to the answers.

Or it could be that nothing much short of cataclysm will change the human mind when it’s firmly set on matters it cannot fully grasp. Mine included. Well, if that is true, then the great debate could only affect the undecideds.

“.....unite against the hate that killed her” says Harriet Harman on TV as I type. See? That sort of thing.  Are ‘Remain’ actually claiming Jo Cox as their martyr?  No - how distasteful of me. 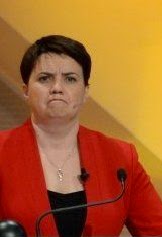 Many pundits are declaring that Ruth Davidson emerged as the clear winner. But why? Probably because they weren’t quite as sick of the sight of her as they were of the others. I couldn’t help noticing that they passed on Frances O’Grady. Very wise.

As far as I could make out, Ruth Davidson had two tactics. One was to insist on extracting undeliverable, speculative promises about immigration from the Leave side, and the other was to intermittently accuse them of lying. I can’t see how anyone thought her performance was a triumph.

I must be the only person in the world (apart from my family) who found the Leave side’s mission to insert the phrase “take back control” as many times as possible deeply insulting to our intelligence. But  on the other hand, if the general public are genuinely as dumb as they are portrayed by the media, only repetition of basic slogans could penetrate our rhinoceros-hide-like stupidity.

Another thing the media has decided for us, thank you very much, is that the Remain side wins on the economy and the Leave side wins on immigration. Somehow that seems to have been established as fact.
The great debate, however indicated that this could actually be another media myth.
I found the Leave arguments on the economy just as robust as the Remain’s, and I did think the Remain side raised a few doubts about post-Brexit’s ability to reduce the number of immigrants.

Sovereignty is the most interesting aspect of this conundrum. I am persuaded by the argument that (oh no! I have to say it) we could ‘take back control’, but doubts creep in, even to that prospect, when I think of the calibre of the ‘we’ that would actually be in control. The warring Conservatives? The retrogressive Corbyn Party?
I know we can kick them out if we don’t like the direction they’re taking us in, but the juggernaut takes so damned long to change course that it all seems so cumbersome, and by the time we realise we’re heading for the rocks the damage has been done. And it’s irreversible. If you’ll excuse the nautical analogy. (Since the image of being driven over cliffs in a speeding car has been appropriated by both sides)
While we’re on the topic, I rather like the image of being shackled to a corpse. It’s very evocative.

As for the other speakers - I thought Sadiq Khan was pretty terrible. For one thing his enunciation is poor. He gabbles. But that soundbite that the media is so fond of : “Project hate” is beyond unseemly. I just found it inappropriate and divisive.

I think we’ve seen a bit too much of Boris in buffoon mode recently. He spoke on Sky this morning in a much more considered tone, and I wish we’d seen more of that and less of the other. Gisela and Andrea were warm and personable, but we’d seen too much of the same from them already. Maybe they should have given Daniel Hannan a go. 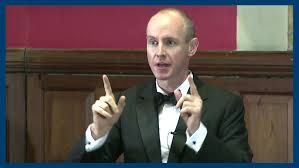 Out of interest, here’s an excerpt from something from Gatestone that popped into my inbox.

“Even after hundreds were murdered in terrorist attacks over the past months in Paris, Brussels, California and Florida, the leadership of the U.S. and Europe persist in their politically correct denial of the threats from radical Islam.

Worse, led by the European Union, Facebook, Twitter, YouTube and Microsoft have been trying to impose a muzzling "code of conduct" to censor and remove from the internet any comments they consider "illegal hate speech." This, in the words of Soeren Kern, "could include virtually anything deemed politically incorrect by European authorities, including criticism of mass migration, Islam or even the European Union itself."

We have recently felt the effects of it; we were censored by Facebook twice in one month, once just for pointing this policy out. If you have not yet been the victim of an assault on your freedom of speech, prepare to be one soon. Facebook suspended the account of Ingrid Carlqvist after she posted our video about Sweden having the second-highest rate of rape in the world. The video has been watched by more than 200,000 people. Then, Facebook blocked our article by Douglas Murray for objecting to Facebook's censorship.”

I haven’t got a Facebook account, but I have access to one, and my family agree that all their Facebook timelines have been littered with semi-aggressive posts promoting Jeremy Corbyn and Bernie Sanders,  and denigrating the ‘right’. Very intimidating if you happen to take a different view.

People have been making snide remarks about Israel and the Eurovision Song Contest. I must say I don’t know what the necessary qualifications are. Also I don’t care. But if anyone’s interested in Israel’s relationship with Europe, do have a look at this.  Click please.
It’s both a prospective model for Brexit and a little ad for Israel that I think Jo Cox’s followers  ought to be made aware of.

Israel is in Europe too.


The United Kingdom has recently been totally absorbed with the Jun 23rd referendum on whether the UK should Remain or Exit the European Union.  The arguments in favor of the Remain camp appear to hinge on its claim that the UK’s economy would collapse if it terminated its EU membership.  UK citizens should not panic, however, but instead take a closer look at the “Israeli model”.

The modern State of Israel has been an “adopted” member of many European entities for some time - mainly due to the unwillingness of surrounding Arab countries in Asia and Africa to accept the Jewish State into “their” continents.  Israel is not a member of the EU, but the current relationship has many mutual benefits.  Using news articles since the beginning of this year, here are some examples of how the relationship benefits both Israel and Europe.’