Seumas, I'm not sure this is a great idea

I didn’t get anything done today. I couldn’t stop watching events - with increasing incredulity.

Here’s Rod Liddle. His piece is so short that I can reproduce it here in full for your edification.

A quick update on the BBC TV News. At ten o clock last night the programme ran a report from its idiotic northern correspondent, Ed Thomas, which attempted to suggest that the Leave campaign was responsible for nasty things being said to immigrants.

Thomas is an appallingly partisan correspondent and presumably has his job because he is only person within the BBC with a vaguely northern accent. He chose to interview two neanderthals.

Then over to the inestimable Laura Kuenssssberg, who referred to the UK’s ‘likely’ exit from the EU. No, Laura: exit. We have to keep watching these patently parti-pris buggers. The subtle and not so subtle way they attempt to drive the political agenda. Keep an eye out especially for Thomas. And complain whenever he injects his own bien pensant worldview into his stories, which is sorta every time.

Rod has generously given Laura an extra pair of ‘esses’.

I’m hoping Jeremy Corbyn hangs on in there, on the premise that the other lot are even more dangerous. See Melanie Phillips: Dumping Corbyn won’t solve Labour’s crisis. (£)

Her colourful description of Seaumas Milne, Corbyn’s executive director of strategy, eventually led me to the clip featured on Guido’s blog, the very same clip that the BBC aired later this afternoon."Seumas I'm not sure this is a great idea"

I spent far too long watching the EU on the parliament channel this morning, and weird it was.

Nigel Farage’s spat with Jean-Claude Juncker  was the highlight of course, but there were some illuminating passages from a few other speakers, which the BBC hasn’t necessarily featured in its reports.

The BBC’s 'talking down' of the money markets prevails, despite today’s rally.


Throughout the day various economically illiterate Corbynistas have been interviewed. They are unaware that wealth has to come from somewhere. None of the interviewers are in the least curious about why they’re all so enthusiastic about a charisma-free pensioner who would tax the rich ‘till the pips squeak’ and redistribute all wealth into a black hole like a bedraggled Robin Hood. 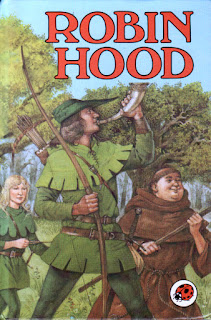