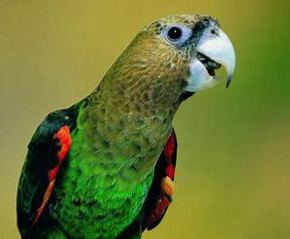 As regular readers will know, my reasons to listen to BBC Radio 4 have fallen away in recent years. Another reason has sadly left us today...
Barry Cryer has made me laugh for most of my life.
His laugh rang out as distinctively as Sid James's over more than half a century.
Indeed, this very blog has been known to celebrate his jokes over the years, so much so that we've been almost part of his fan club.
So from the ITBB archives:
From 2014, some ISIHAC new dictionary definitions that tickled our fancy enough for us to transcribe them for your delectation:

Plus some suggestions for titles of films like to prove popular with an audience of dog-lovers:
And in 2015 we transcribed two jokes from his appearances on Broadcasting House, the first featuring one of his legendary parrot jokes:

A woman walked into a shop to buy a parrot, a beautiful blue-and-gold job, and she said to the man, "How much?", and he said, "Twenty quid".
She said, "Twenty pounds? He's beautiful."
He said, "Well, I have to be quite frank with you. It's got a bit of form. It's got a bit of history. He was in a brothel and, to put it delicately, he's got quite an extensive vocabulary."
She said, "I'll take a chance on that", took the parrot back to her flat, took the cover off. The parrot looked round her flat and said, "New place. Very nice".
Two daughters walked in. The parrot said, "New place. New girls. Very nice indeed."
And her husband walked in, and the parrot said, "Hello Keith."

The second concerned a different bird:

It reminded me of the story of a man who shot a golden eagle, which is a preserved species. And he was up before the magistrates and was permitted to make a statement, and he said, "I'd no intention of shooting that golden eagle. I was shooting a pheasant and in a split second the golden eagle flew into my sight. Complete accident".
And they thought, "That's quite an explanation", and out of curiosity one of the magistrates said, "What did you do with it?"
He said, "I ate it".
And the magistrate said, "What did it taste like?".
He said, "Rather like swan".

And we transcribed him again back in 2014 telling an anecdote:

There was a wonderful story of the late Denis Thatcher arriving at Paddington in a rush, and he had a ticket but not a reservation. So he got on this train. It was packed from front to back, and he wandered all down the train looking for a seat.
Suddenly he came to some empty seats and he thought, 'What's this?'. And on the window was a sticker that said, 'Reserved. Reading Psychiatric Hospital'. So he thought, 'I'm all right till Reading' and read his paper.
The train stopped at Reading and people got on and sat round him, the party from the hospital. And the man in charge said, 'Hang on, we've got one too many here. I must do a headcount' and he went '1,2,3,4...who are you?' And Denis said, 'I'm the husband of the Prime Minister', and the man said, '4,5,6.7...'!

And also from 2014 - which must have been the blog's Year of Barry Cryer - came two more parrot jokes that exercised our chuckle muscles:

(1) A couple going out for dinner, and she's in the bathroom trying on a new dress, and she came out of the bathroom and said to her husband, "Does my bum look big in this?" He said, "Oh be fair, love, it's quite a small bathroom".
(2) A parrot in a cage in the window, and a woman walked past in the road, and the parrot said, "You're a fat cow", and she was outraged and complained to the parrot's owner, and he said, "Behave or I'll sellotape your beak up". So the parrot stopped. And two hours later the same woman walked past the window and the parrot said, "You know what I'm thinking."

So here's hoping that, as God and St. Peter perform Things Can Only Get Better in a heavenly game of Swanee Kazoo and the cherubim and seraphim dispute Mornington Crescent moves, Barry's laugh rings out like a clarion for eternity - as Humphrey Littleton once described it, "like a chicken trying to lay a rugby football".
Posted by Craig at 15:51