Can Helen Mirren ever be an authentic Golda Meir?

Disclaimer. This is nothing directly to do with BBC bias. I’m sneaking it in under the heading “anything else that takes our fancy.’ I’m apt to stray off-topic. 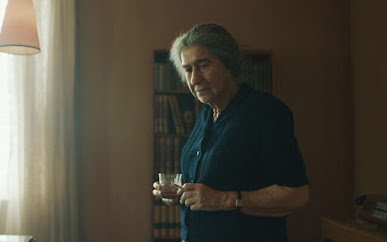 Criticising Jews online acts as a purgative. It opens the floodgates and releases pent-up ordure that’s been held in ever since Jeremy Corbyn’s downfall made it unfashionable to express antisemitism. Now they can let rip.

Look below the line if you have access. Do you agree that something whiffy has been unleashed? Not overt antisemitism, but unabashed anti-Maureen Lipmanism, a form of antisemitism-by-proxy.

Another disclaimer: I haven’t a clue about the veracity of Brendan’s opening salvos but I trust his sincerity.

a) For instance, I don’t know what “Mo” has actually said  - maybe there was some sort of qualification to her remark - but let’s assume she really thinks no one but a Jew should play a Jew.

b.) I don’t know how well Tamsin Greig portrayed a Jewish character in the sitcom Friday Night Dinner (because I never watched it.)

c.) I don’t know whether the actress playing Joan Rivers (who was neither Jewish nor the actual Joan Rivers) persuaded the audience to suspend its disbelief because I never saw the play/film/ show, nor (d.) can I say whether or not any of the other ‘Jewface’  shows that Brendan cites had managed to convince us  - by employing the deceptive art of ‘acting’ - of the authenticity of the characters they were pretending to be.

Anyway, Brendan O’Neill took a lot of trouble to give a variety of examples of actors playing characters they’re not, such as able-bodied actors playing disabled characters and heterosexuals playing homosexuals and vice versa, which, he posited, is, or has been up till now, acceptable.

“isn’t the point of acting precisely to portray someone other than yourself? It surely negates the art of acting to suggest that people should only play roles they have a direct identitarian link to. That Jewish characters should only be played by Jews, lesbian characters by lesbians, autistic people by autistic people, What next – only folks with a few gangster crimes under their belts should audition for a Scorsese movie?”

Except that some of the actors who did play ‘characters they were not’ subsequently became overcome with remorse and regret, and have actually apologised retrospectively.

However, isn’t Brendan arguing that no decent actor should be disqualified from having a shot at playing any character they choose, as long as they are good enough at their craft?

That sounds fine to me. If it’s a case of how good an actor one is, surely Helen Mirren has proved herself to be pretty well equal to the challenge; and the Gold Meir prosthetics look jolly convincing as well. But, as certain commenters have pointed out, there are limits. Black people playing white people and vice versa is quite an awkward one. Or, transplanting black characters into historical situations in an inauthentic and ahistorical manner looks like 'diversity taken quite a few steps too far.' See Bridgerton (I haven’t watched that either)

There’s also something of an apologetic tone running through Brendan’s piece. It reads as if he’s afraid of coming across as an antisemite -  because he isn’t an antisemite - but he is aware that any criticism of Maureen Lipman will be deemed antisemitic.  Sadly i suspect this is what has happened, and is what has given the green light to all that pent-up anti-Lipman sentiment that was there all along, patiently waiting for ‘permission to happen’ and I think he knew that. And I bet he hesitated before submitting the piece.

The point I’m making is not about whether Maureen Lipman is right or wrong. On the face of it, it seems she’s a bit more wrong than right. But, and it’s a big but, look at the borderline antisemites that have come out below the line. They’re acting as if Brendan O’Neill has given them permission to metaphorically evacuate their bowels over Maureen Lipman.

Although on the face of it, she seems wrong on this one, and a bit ‘OTT triggered’, I wonder if there is something intrinsic within ‘Jewiness’ that’s ethereal and subtle, and not easy to fake. It’s not as clear-cut as the black and white issue,  but some non-Jewish actors will be less effective than others at convincing us that they’re actual Jews. 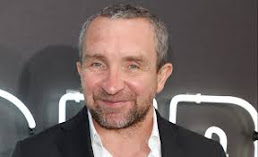 One example of someone doing a pretty good job of playing a convincing (too convincing) Jew is Eddie Marsam, a non-Jew, who played the Jewish taxi-driver character in Ridley Road. He was so convincing in character that he received “relentless antisemitic abuse”,  and if that isn’t an endorsement I don’t know what is.