“We're not supposed to have opinions, but...” 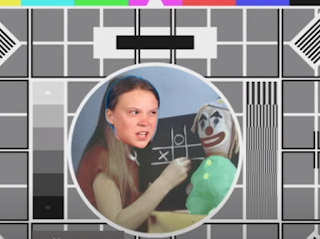 KATYA ADLER - I'm going to try and be positive and say that there is more environmental awareness. I like the fact that...we're not supposed to have opinions, but I do like the fact that it was young people that put the environment on the political agenda. Kicking and screaming might I add from the political class. They don't want to know. It costs money. It's difficult. It means making difficult political decisions they don't want to take. And I don't have great faith in any big decisions being taken by those who should really not waste any more time in the coming year. But I think this idea of people power. younger people pushing forward, that has to give us some hope. So it's a struggle, really, to be watched. And I think we should all have our fingers and toes crossed that, you know. We're in a pandemic but this is a literally burning problem that is creeping up on us. It's causing mental health problems amongst those who are worried about it and the planet is being destroyed. So let's hope 2022 is moving towards more action.

And here's its equivalent on the World Service:

RAZIA IQBAL - I just gonna throw one positive thought out. A final one. Young people are my positive thought. In 2021 we saw the likes of Greta Thunberg really galvanise people on the issue of climate change. She may be disappointed by COP26 and the outcome of that, but I still believe that there are hundreds if not thousands of Greta Thunbergs, Malala Yousafzais, all over the world - young women in particular - who really feel...To me they bring me encouragement. They are so heartening, that they are committed and dedicated to being agents of change. So I feel very, very encouraged by that.
LYSE DOUCET - Hear, hear. Hear, hear.

Now, if you watch GB News or listen to talkRADIO or read websites like this you'll tend not hear such enthusiasm for the Greta Thunbergs and Malala Yousafzais of this world. [I refer you to Sue's posts about Malala for starters]. 'We' tend to think differently to 'them' at the BBC. But it's their views that are publicly-funded.
Posted by Craig at 09:20