The doctor is in. 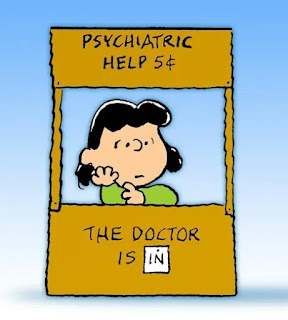 Tim Davies’s attempts to defend the BBC from the current tsunami of BBC-bashing inadvertently highlight the unsurmountable obstacle to reform.

As a self-appointed graduate of the famous Lucy school of psychiatry, I humbly submit my diagnosis - kindly regard this as my booth.

There’s something of the Greg Dyke about Tim Davie. If that sounds like some obscure rhyming slang, it’s not that.  The intended comparison merely concerns speech patterns and body language. Left-wing body language. You don’t need actual glottal stops to convey that certain je ne sais quoi.

That’s enough subjective, snobbish and, if you like, bitchy analysis from this doctor.

I’d rather look at various articles about the latest terrorist incident at the Beth Israel synagogue in Colleyville, Texas.

I wondered if it was worth spending time addressing that issue on this blog at a time when all eyes are on Boris, and the media’s campaign to unseat him. Who knew that Beth Rigby was running the country? I think we all accept that the media is in the driving seat.

On first inspection, the BBC’s articles seem fairly innocuous. They merely iterate (some of) the facts.

Stephen Pollard begs to differ. “Well, he would,”  I hear you say. This is the Jewish Chronicle.

The BBC has a serious issue with Jews.

Take last night’s coverage of the Beth Israel shul siege in Texas, when a rabbi and three other Jews were taken hostage in the synagogue. Not once in its report on its flagship 10pm news did it mention antisemitism. Not once, at any point, did Ed Thomas, the BBC’s Special Correspondent, even hint that the gunman might even possibly, just perhaps, you never know, have had an issue of some kind with Jews.

Mr Thomas began his report by asking: “What made Malik Faisal Akram leave Blackburn, the place he called home, to travel to Texas , arm himself with a gun and hold people hostage inside a synagogue?” A real mystery that, eh? I don’t know, Ed. I am really struggling to think what might have motivated him. But obviously it had nothing to do with Jews.

That’s funny. The FBI came to the same conclusion. Gotta laugh, eh? No. Not laughing.

It's time for the non-Jewish world to actively free itself from antisemitism. If you're not Jewish and you think Jews are centring themselves in cries about media bias, you don't have a clue what it feels like to watch mainstream media serve your enemies and jeopardise your security. You have no idea the act of courage and resistance that it is to walk into a synagogue in 2022 and pray. America tells itself it's a safe place to do that. That is a lie. This could have happened at any Jewish institution in this country. Why don't more people care?

The BBC has admitted to shortfalls in its initial coverage of the Colleyville siege.

More than five hours after Akram launched the siege that ended with his death, the BBC was still referring to his captives as ‘hostages’ - in speech marks.

Trivial maybe, but the cumulative effect….

In a chilling conversation with his brother in Blackburn from inside the Congregation Beth Israel synagogue in Colleyville, Malik Faisal Akram, 44, said: "I'm opening the doors for every youngster in England to enter America and f*** with them”.

It’s a bit odd that the most widely respected media organisation in the world was slow to pick this up. At first: “Probably not antisemitic, just generally deranged. You know, mentally ill.” chorused the BBC. Still, the emphasis is on Akram’s mental ‘elf, even though it’s now being grudgingly speculated that antisemitism might also be a factor.

Anti-Semitism is rife in the British Pakistani community

Last June, the Jewish Chronicle published an investigation into Urdu-language anti-Semitism on YouTube. Hundreds of hours of the vilest Jew-hatred is freely accessible on the video sharing platform, we revealed, racking up millions of views.

In one particularly vivid clip, the Pakistani broadcaster Zaid Hamid said: “Hitler was an angel, the way he took action against Jews, the way he killed Jews.” In another, Imran Riaz Khan, a television personality with 1.6 million followers, said: “[The Jews] lobby a lot in America and have strangled America, have it totally controlled.”

Now, as your psychiatrist, I have no doubt whatsoever that Malik Faisal Akram was mentally ill. You’d have to be a bit off-colour in the brain department to travel to America from Blackburn to try to leverage the release of Aafia Siddiqui, a Pakistani neuroscientist known as “Lady al Qaeda” who was convicted of trying to kill US troops in Afghanistan. And, to be frank, he even looks distinctly unhinged in the immediate lead-up to the event. 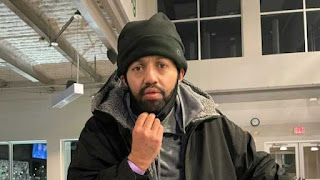 But, was he much more mentally ill than any other devout Muslim from Blackburn?