Talking of interesting facts, star of ITV's The Chase Paul Sinha has a Radio 4 series called Paul Sinha's General Knowledge, where Paul puts a necklace of interesting facts are put around the listener's neck. I enjoyed the first two series but missed the third series when it was broadcast this July as I wasn't listening to Radio 4 at the time. Last week I gave the first episode of this missed series a go and was surprised to find it's now followed much of the rest of Radio 4 comedy and become less funny, and less interesting, and - of course - more political than ever. There were still some funny jokes and interesting facts, but I think I can give you a flavour of what it's become with a few quotes. It began with an attack on talkRADIO:

Good evening, ladies and gentlemen. That applause means so much to me. You might be as shocked as I am by the words 'Series Three'. It's been a year in which facts lost their home with no place to go. Worst than that, turned into lies that any randomly picked 5 minutes of the station talkRADIO...

and continued with a bit about Megxit, with the expected take:

...which caused fierce temper tantrums from the sort of people who end sentences with 'and by the way this has got nothing to do with race'.

But this is where the programme got particular 'generic BBC Radio 4 comedy'-like, especially thanks to the 'very BBC Radio 4' audience:

But there has been a change, perhaps the biggest change since the last series: He's gone. [A collective 'yes!', whoops and applause from the audience]. It feels almost unreal after the last four years to say this out loud the obsequious, race-baiting, homophobic icon of all that is spineless about American politics, Mike Pence, is no longer Vice President of the United States. Yeah, Mike Pence. After four years of Trump I don't really care about the presidency anymore. I've had the spirit knocked out of me...

But not enough is ever discussed about the third most powerful role in American politics after President and Russian President. After all, Kamala Harris is one ineptly-swallowed fishbone from being the most powerful person in the world. And she's female! And she's non-white! And that's got to be progressive, hasn't it? [Some members of the Radio 4 audience duly say 'Yep', virtuously]. I understand if you're a member of the Rohingya population of Myanmar you might feel rather differently. [Uneasy laugher, slight sharp intake of breath from the Radio 4 audience as they work out it's a joke about Aung San Suu Kyi  and wonder if they should be laughing]. Truth. She's following 48 men in the job. What does she have to live up to?

Funnily enough, Kamala Harris wasn't mocked herself. I doubt she ever will be on Radio 4, despite being the least-liked VP since polling began. No, the focus of the mockery was, of course, another Republican vice president - J. Danforth Quayle. 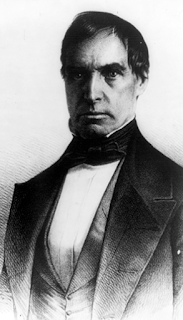 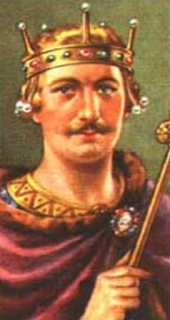 Still - and tying it neatly with the mention of William Rufus in the previous post - there were some interesting facts still along the way:

One of the most remarkable stories is William Rufus King, not just that he was probably gay but that for 13 years he shared a home with the future President of the United States James Buchanan. It's extraordinary not least because everybody knew. One rival named them 'Miss Nancy and Aunt Fancy'. But for me the amazing thing is that the only ever vice president, suspected of being gay was William Rufus King and the first English monarch ever suspected of being gay was King William Rufus.

The audience oohed and aahed.