A Chilly description of just one of the candidates...but why? 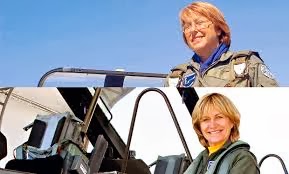 Today, this morning, gave Radio 4 listeners an overview of the results of the first round of the presidential election in Chile.

The run-off will be between two daughters of Chilean air force generals.

That's strange enough, but it gets stranger.

Their fathers were close friends for most of their lives, and the two daughters (who lived next door to each other) were also friends in their younger years.

That was before the military coup of 1973.

The father of the left-wing candidate in this election, ex-president Michelle Bachelet, was a supporter of the democratically-elected Marxist Salvador Allende and served as a minister in the Allende government. He was subsequently tortured by the military regime.

The father of the right-wing candidate, Evelyn Matthei, was a supporter of General Pinochet and, in time, became a member of Chile's ruling military junta.

General Matthei was subsequenly acquitted of involvement in the torture (and subsequent death) of his former friend, General Bachelet.

Both sets of friendships, understandably, ended as a result of these traumatic experiences. And the feelings of the two presidential candidates towards each other are now, just as understandably, full of bitterness - even though both candidates seem, admirably, to be striving to keep their personal feelings for each other out of the campaign.

It's a remarkable story, worthy of a novel. So Today invited a novelist to talk about it.

That novelist was Ariel Dorfman.

Evan Davis invited him to 'talk Today's listeners through' the election, as if he were an intrigued bystander.

Evan introduced as a "Chilean-American author", and his non-questioning questions throughout the following interview must have further encouraged Radio 4 listeners to think of Mr Dorfman as a disinterested contributor.

As they did me - to begin with.

Mr Dorfman, indeed, began as if he were a disinterested contributor, and maintained a measure of that tone throughout the interview.

However, his talk of betrayal and cowardice when it came to the father of the right-wing candidate rang alarm bells with me.

Those alarm bells increased in decibel level when Mr Dorfman began describing Ms Bachelet as "one of the most affable persons I've met" and then described Mrs Matthei as a "very, very aggressive, even, at times, vulgar person".

Hmm, I thought, he doesn't seem that disinterested a contributor after all. Is he a partisan, perhaps?

So what's with Ariel Dorfman?

Well, if the BBC won't help me out here, I'm betting the internet will. The internet rarely lets me down.

And, bingo!, the World Wide Web - in the form of the sainted  Wikipedia - rushes to the rescue:

From 1970 to 1973, Dorfman served as a cultural advisor to president Salvador Allende.

Ah, it all fits into place now.

Still, it would have fitted into place straight away if Evan had seen fit  to mention that useful snippet of information in his introduction.
Posted by Craig at 20:10