Held for the purposes of 'journalism, art or literature’ 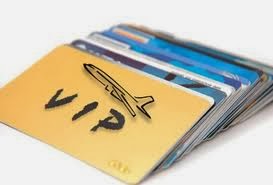 Regular readers of this blog may recall the occasional grumble about James Naughtie's accumulation of air miles, courtesy of the BBC licence payer:

No global conflict — no matter how ferocious — is deemed to be important at the BBC until Jim Naughtie has hot-footed it to the scene to pontificate upon it at length in one of his signature essays for the Today programme.

So he decided to ask the BBC how much Today spends each year on sending its presenters on these types of foreign expedition.

Inevitably, the BBC refuses to oblige, citing (as ever) the Freedom of Information Act:

"The information you have requested is excluded from the Act because it is held for the purposes of 'journalism, art or literature’. The BBC is therefore not obliged to provide this information to you and will not be doing so on this occasion."

Tim describes that reply as "tart" but - as many of us Beeb watchers are well aware - this is in fact a standard form of words which the BBC invariably uses in these kinds of circumstance to whoever makes the inquiry.
Posted by Craig at 07:43