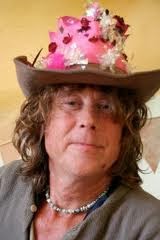 Ask the good folk who watch Sunday Morning Live a question and, with all the inevitability of someone citing the film 'Groundhog Day' when they want to make a point about some something happening over and over and over again, those BBC viewers will always, en masse, give a proud, two-fingered salute to whichever liberal position is being advocated.

As soon as they asked "Should there be leniency for solders who commit crimes in conflict?" [discussed in the wake of the Royal Marine convicted of murdering a Taliban prisoner], I just knew it would be a landslide for 'Yes' - and so it was, with 86% saying 'Yes' and just 14% saying 'No'.

Ask the good folk who watch Sunday Morning Live a question and, inevitably, they will en masse give a one-fingered salute to whichever liberal position is being advocated.

It happens almost every week.

It didn't help this week that Rev Peter Owen-Jones was one of the two guests advancing the liberal position, as all he did was to keep repeating, Groundhog Day-style, the same point that "war is stupid and people are stupid" over and over again, and saying that all soldiers are murderers.

The other guest advancing the liberal position was former BBC royal correspondent Jennie Bond (fancy that!), who was much more reasonable but faced an on-form Nick Ferrari (and, via Skype, Simon Weston).

Incidentally, am I being a BBC-bias obsessive (oh, surely not!) when I note that both of the guests advancing the liberal line on this issue - Jennie Bond and Peter Owen-Jones - have strong links to the BBC (Jennie as a former reporter, Peter as a presenter of several BBC documentaries), while the right-winger Nick Ferrari (despite his fairly regular appearances on Sunday Morning Live) is a commercial radio, non-BBC man?

I used to enjoy the ultra-trendy Rev Peter's documentaries, even though he was clearly recruited by the Beeb partly for his eccentricities of manner and appearance (and his liberal outlook?). Today he looked like a cross between the late Steve Irwin and the late Lou Reed (with a dog collar and unwashed hair).

He's probably preparing a BBC documentary for the corporation's World War One coverage next year, where he will tell us that war is bad, m'kay, it kills people, m'kay. it would have been better to talk to each other, m'kay, and that war is very, very bad indeed, m'kay.

[I will add though that I much prefer Sunday Morning Live and Samira to The Big Loaded Questions with Gameshow Nicky. Less heat, more light.]
Posted by Craig at 14:36