You may need to sit down 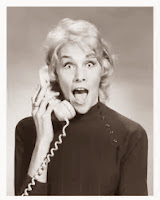 The ITV News website's top two stories at the moment are 'At least 1200 dead' in typhoon and PM backs marines after murder.

The BBC News website, however, adding somewhat to the corporation's image for being utterly obsessed with its main rivals - especially the Murdoch Empire - is leading with BT wins £897m Champions League deal (i.e. one in the eye for Sky).

Even the Guardian relegates the BT/Sky story to second ranking in its Sports section, and doesn't even include it in its News section at all.

Update: 3 hours later (18.00 GMT), & the BT/Sky story has slipped back into second place on the BBC News website, behind the typhoon death toll story.
Posted by Craig at 15:00