By one of those strange quirks of fate - or, more likely, merely by the sheer obsessiveness of the long-distance blogger - I've now become the unofficial archivist for the BBC News Channel's/BBC World's flagship weekly news review, Dateline London.

In that capacity, here are the guest rankings for 2015 - ranked by number of appearances...

Regular readers of this blog will already be able to guess this year's winner (spoilers!).

He's been the undisputed winner (i.e. the most-invited guest) every year since I properly began monitoring the programme back in 2009.

In fact it really is time that the programme officially made him their President-for-Life...

...and that he was given the keys to the balcony at Broadcasting House so he could step out, at will, wearing a George Galloway hat and sporting a loaded rifle, to greet the cheering crowds below and hail his latest glorious appearance on Dateline as 'the mother of all appearances on Dateline'.

Yes, he'll be dancing with delight in Trafalgar Square tonight, folks! - almost as much as if Iranian missiles had just struck the people of Israel...

We salute your indefatigability, sir!.... 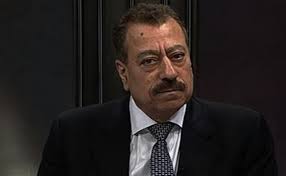 ....and we salute the indefatigability of Dateline London too in resolutely ignoring masses of complaints over the years about Bari's record of extreme comments - some of which would make Tyson Fury sound like June Whitfield!  and their apparent fond indulgence of him.

Yes, they've stuck doggedly with their man through thick, book promotion, and thin. They just can't get enough of him (for some reason), Israel-hater though he is!

Here then are the much-anticipated full rankings, by number of appearances in 2015. They are guaranteed to make your eyes bulge too!: