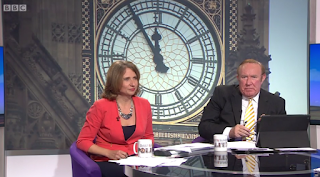 The big 'BBC bias' story on the domestic front this week has been the extraordinary row between Jeremy Corbyn's Labour Party and the BBC over that deleted blog on the BBC's College of Journalism website by Andrew Alexander, an output editor for the Daily and Sunday Politics, entitled Resignation! Making the news on the Daily Politics:

Wednesday is always an important day for the Daily Politics because we carry Prime Minister's Questions live, which brings with it our biggest audience of the week and, we hope, a decent story.

As I arrived at Millbank at 7am it was clear that Jeremy Corbyn's cabinet reshuffle, which had ended before 1am, was going to dominate at Westminster.

When the programme editor phoned in we agreed that in addition to covering other major stories, including the junior doctors' strike, fallout from the reshuffle was likely to continue throughout the morning and this was a story where we could make an impact.

When the producers arrived at 8am they began putting out texts and calls to Labour MPs we thought were likely to react strongly to the sacking of several shadow ministers for "disloyalty".

Just before 9am we learned from Laura Kuenssberg, who comes on the programme every Wednesday ahead of PMQs, that she was speaking to one junior shadow minister who was considering resigning. I wonder, mused our presenter Andrew Neil, if they would consider doing it live on the show?

The question was put to Laura, who thought it was a great idea. Considering it a long shot we carried on the usual work of building the show, and continued speaking to Labour MPs who were confirming reports of a string of shadow ministers considering their positions.

Within the hour we heard that Laura had sealed the deal: the shadow foreign minister Stephen Doughty would resign live in the studio.

Although he himself would probably acknowledge he isn't a household name, we knew his resignation just before PMQs would be a dramatic moment with big political impact. We took the presenters aside to brief them on the interview while our colleagues on the news desk arranged for a camera crew to film him and Laura arriving in the studio for the TV news packages.

There's always a bit of nervous energy in the studio and the gallery just before we go on air at 11.30am, but I'd say it was a notch higher than usual this week. By this point we weren’t worried about someone else getting the story as we had Stephen Doughty safely in our green room. Our only fear was that he might pull his punches when the moment came.

When it did, with about five minutes to go before PMQs, he was precise, measured and quietly devastating – telling Andrew that “I’ve just written to Jeremy Corbyn to resign from the front bench” and accusing Mr Corbyn’s team of “unpleasant operations” and telling “lies”.

As Andrew Neil handed from the studio to the Commons chamber we took a moment to watch the story ripple out across news outlets and social media. Within minutes we heard David Cameron refer to the resignation during his exchanges with Jeremy Corbyn.

During our regular debrief after coming off air at 1pm we agreed our job is always most enjoyable when a big story is breaking - but even more so when it’s breaking on the programme.

Corbynistas on Twitter and, now, the Labour Party itself have complained that the BBC has been 'making the news' rather than simply 'reporting it' (something the blog's title doesn't exactly disguise!), thus breaching the corporation's "role and statutory obligations". A Labour Party spokesman (namely Seumas Milne) said:

By the BBC's own account, BBC journalists and presenters proposed and secured the resignation of a shadow minister on air in the immediate run-up to Prime Minister's Questions, apparently to ensure maximum news and political impact.

That was evidently done before any notice of resignation was sent to the Labour leader.
Such orchestration of political controversy is an unacceptable breach of the BBC's role and statutory obligations.

Trust in the impartiality and independence of the BBC is essential. The BBC's role is to report the news impartially, rather than seek to influence events or promote a particular political narrative.

Well, it wouldn't be the first time the BBC had tried to "influence events or promote a particular political narrative", would it? 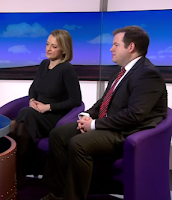 I reject your suggestion that we orchestrated and stage-managed the resignation of Stephen Doughty.

As he himself confirmed on Friday, Mr Doughty had decided to resign his front-bench position on Wednesday morning, before speaking to any journalists. He subsequently spoke to Laura Kuenssberg who asked if he would explain his reasons in an interview on the Daily Politics later that morning. Neither the programme production team, nor Laura, played any part in his decision to resign.

It is true that we seek to make maximum impact with our journalism which is entirely consistent with the BBC's Editorial Guidelines and values.

Your letter suggests that our decision to interview Mr Doughty in the run up to Prime Minister's Questions was designed to 'promote a particular political narrative'. This is simply not the case.

The Daily Politics does not come on air until 11.30am on Wednesdays and the BBC's Political Editor always appears live on the programme in the build up to the start of PMQs. As the confirmation of Mr Doughty's resignation was Laura Kuenssberg's story, we felt it appropriate for her to introduce the item. Again I do not accept, in anyway, the programme has breached its duty of impartiality and independence.

Looking at Twitter, the reaction divides sharply (as usual). I've noticed that a lot of those who are backing the BBC are either journalists (such as Kay Burley) or, even more so, Blairite/Brownite Labour types (from Alastair Campbell, Dan Hodges, Kevin Maguire, etc, to all manner of local Labour types - and see also this article by a Labour councillor at the Huffington Post) Those supporting the Labour Party (of Mr Corbyn and Mr Milne) are mainly pro-Corbyn types.

That, of course, leads to the question of why New Labour types are in full 'defend the BBC' mode while 'New Old Labour' types (so to speak) are in full 'attack the BBC' mode. The latter are likely to attacking the BBC because they think the BBC is biased against them and their leader; the former are likely to be defending the BBC because they either don't think the BBC is biased against Corbyn and his -istas or wouldn't mind if it is (given that they can't stand their new leaders)!

Of course, that gives many of the BBC defenders the chance to say that the BBC is not biased at all because it's getting complaints from both sides. The interesting thing when you look at the profiles of the non-BBC people on Twitter doing that defending of the BBC is that a surprisingly large number of them describe themselves as being Labour supporters, occasionally distancing themselves from the Corbynistas.

That, itself, is intriguing. Why are such people more likely to be pro-BBC than Corbynistas or right-wingers? Could it be because the BBC has a general centre-left bias which they're intensely relaxed about?

A classic example of the BBC using the 'complaints from both sides' argument came from Newsnight senior broadcast journalist Jess Brammar, prompted by the row over the Daily Politics: 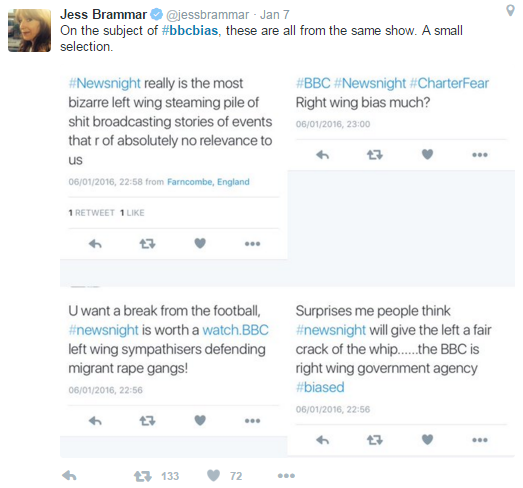 Now, as we've argued many times before, the 'complaints from both sides' argument isn't a good one (a) because one side may have a genuine case while the other doesn't and (b) because there may be more than two sides with the BBC being biased towards a third side.

Maybe, as its own internal polling famously showed, the BBC is an overwhelmingly left-liberal organisation.

In party political terms, that might mean that it gravitates around a centre-left party - ranging from a few pro-EU left of the Conservative Party types (Newsnight's Chris Cook perhaps?) across the Lib Dems to the Blairite and Brownite wings of the Labour Party, with very few pro-Tory Right or pro-UKIP types and a small rump of pro-Corbyn Labour types (including some of their leading comedians, of course).

If so, the BBC can still be strongly politically biased even if it's getting complaints from the Right and the Left, can't it?

Going back though to the BBC's Robbie Gibb...

Another part of his response stands out for me - the bit where he said that he initially thought the BBC Academy blog had been for "internal purposes only"!:

When it became apparent that it had been published more widely, we decided to delete it as the piece was written in a tone that was only suitable for an internal audience. No other inference should be drawn from our decision to delete the blog.

Ha! Well, I for one am exercising my right as a BBC license fee payer to draw another, very different inference from the BBC's decision to delete the blog, Mr Gibb's stern command notwithstanding: They wanted to remove it from public view because it was proving embarrassing for them.
Posted by Craig at 11:27