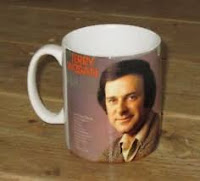 It's been a bit depressing in recent years to see a definite trend emerging - the urge for masses of people on social media to instantly speak ill of the dead.

Instantly speaking ill of the dead has become very fashionable - almost as fashionable as taking offence at everything.

Still, at least no one can speak ill of Sir Terry Wogan - or at least you'd hope!

His death has just been announced this morning, so R.I.P. Sir Terry.

A lot of people liked you for a very long time (including my mum and dad). And you were much funnier than Graham Norton on The Eurovision Song Contest. And, in my salad days, I even liked The Floral Dance. (Yes, I've always been hip).

And here's one of your anecdotes:

Many years ago Terry Wogan said he had just returned from a holiday in Ireland. Visiting some friends and making conversation with the taxi driver, he said it was a long drive.

The taxi driver replied: "Sure, but if it wasn't as long it wouldn't reach the house"!!

Andrew Marr was jolly quick-thinking this morning. Within a minute or so of the announcement, he'd already crafted and broadcast this short poem:

So farewell, Tel.
That news is fell.
A man of wit, and sparkle, and heft.
TOGs everywhere feel bereft.

Surely this makes him the odds-on favourite to replace Carol Ann Duffy as poet laureate?
Posted by Craig at 09:25