With all the violence that’s being waged around the world, certain people must’ve thought the temporary hiatus in the BBC’s obsessive ferreting for negative news stories about Israel needed redressing. Never mind, Sarah Champion is on the case. 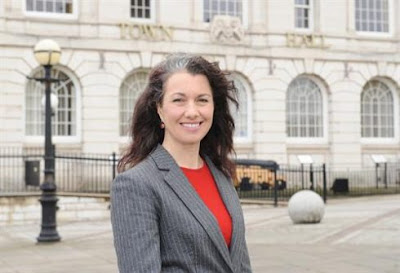 The MP for Rotherham organised a debate in Westminster Hall:
“I beg to move,
That this House has considered child prisoners and detainees in the Occupied Palestinian Territories.

Some might ask themselves, why would an MP from one of the most troubled constituencies in the UK be so concerned with the Palestinians? Stupid question.
She is beholden to constituents from a default culture of Israel-hating / antisemitism. So initiating this debate would be a popular move for the Corbynite MP who belatedly noticed the massive abuse by ‘Asian’ men that was being perpetrated upon young girls in her constituency.

It seems that this debate was somewhat rushed. It appeared to be almost as time-poor as those vitally consequential interviews on the Today programme, which are always tantalisingly terminated  just as they seem to be getting to the interesting bit, often mid sentence, only to go to some annoying trailer or the weather forecast or sport or a particularly spurious impenetrable Thought for the Day.

During the debate people kept asking speakers to give way, but they kept refusing, crying “No! I will not give way!” being so overcome with passion, outrage and loathing.

The usual suspects were in out in force so the thrust of the rhetoric was heavily weighted against Israel. Well, as that was the whole point of the debate I guess it was never going to be anything other than a self-indulgent hate fest, no doubt to the delight of the councillors and voters of Rotherham.

“the ill-treatment of children who come in contact with the military detention system appears to be widespread, systematic and institutionalized throughout the process, from the moment of arrest until the child’s prosecution and eventual conviction and sentencing”.

Putting the case for the defence were: Louise Ellman, Andrew Percy, John Howell, Guto Bebb, Ian Austin and perhaps a couple of others who tried to draw attention to Palestinian incitement and the vile racism within the Palestinian education system, but no-one was listening because, why should they?


Naseem Shah for one  wasn’t going to hear anything she didn’t like. She insisted that no-one had ever been killed by stone throwing, even though one particularly sad case was cited:

Last February, four-year-old Adele Biton died after being critically injured by youths in a stone-throwing incident. I am just as worried as my hon. Friend is about the detention of children, but she should not minimise the crimes and violence that are taking place on the other side as well

I will finish by clearly making the point that the Israeli Government have not provided any evidence of any child causing a death, or contributing to a death, using a stone. There is no evidence of that.

I could make a sly comment about stone-throwing being an official method of ‘contributing to a death’ that is practiced  by followers of a certain religion, but I wouldn’t be so crass.

“The government must set up a “watchlist” of Israelis who have committed war crimes by detaining and interrogating Palestinian children, a Labour MP has claimed.Sarah Champion said the Israeli Defence Forces were guilty of "mass intimidation and collective punishment" of Palestinians in order to protect Israeli settlers in the West Bank.Leading a debate on the issue in Westminster Hall on Wednesday, the Rotherham MP called for a list of “all known war crime suspects” who attempt to enter Britain.”

Incidentally Sarah Champion is another MP who has been seduced by CAABU, is utterly beholden to her Muslim constituents and is a supporter of the Labour Leader, so what could anyone expect? (other than a small baying mob that wants the government to ‘get a little list’ of pestilential nuisances that never would be missed’.)

The BBC featured Ms Champion heavily in the unusual and interesting documentary about the House of Commons, and as we commented at the time, in that series she came across as likeable and enterprising.

However, she has been heavily criticised for dodging responsibility for the Rotherham abuse scandal and blaming everyone else in a parodic ‘who, me?’ fashion, while at the same time claiming to be energetically ‘championing’ the cause of the unfortunate victims.

Championing has taken on a whole new meaning.
Update:

I’ve just noticed that Andrew Percy MP has written about this here, (How not to help Palestinian children) and as a matter of interest, this ( Fatah praises and encourages “heroic” murderers of Israelis) just popped into my inbox, and so did this. (Palestinian Authority, Hamas, Responsible for Torture)

I rest my case.