The Sunday Mirror has got its hands on some of the questions from the UK Citizenship Test and has put them to its readers in the form of a quiz.

It's a fun test (if you're future doesn't depend on it), so you might like to try it too:

Can YOU pass the UK Citizenship Test?

The participants in this morning's paper review on BBC Breakfast - Helen Pidd of The Guardian and BBC presenters Jon Kay and Steph McGovern - might well be 'out' though.

They were all very keen to stress how hard it is.

Helen - the Guardian's northern editor - declared the questions to be "bloomin' hard", and other such comments followed:

Helen Pidd: They were really difficult. I only got 4/24. I was quite tired when I was doing this this morning.

Jon Kay: Some of these you'd have to revise for.

Helen Pidd: Do you know who built the Tower of London?

Steph McGovern: I don't think we're UK citizens, are we?
Jon Kay: I don't think we are!
Helen Pidd: Yeah. You should count yourself lucky if you've already got a British passport that you don't have to pass this fiendish test.


What is a responsibility that you will have as a citizen or permanent resident of the UK?
A To keep your dog on a lead at all times
B To avoid shopping on a Sunday
C To look after yourself and your family
D To grow your own vegetables 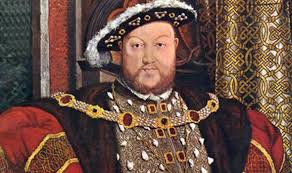 Which ones did I get wrong? Well, the following...


Which case is held in County Courts?
A Divorce
B Murder
C Minor criminal offences

Is the following statement true or false? Wales united with England during the reign of Henry VIII
A True
B False

...and, very embarrassingly, this one:

And on that bombshell!...

After all of their 'astonishment' at how hard this test is for those poor immigrants trying to become British citizens, at no point did either of the BBC presenters add something that Helen from the Guardian had forgotten to mention from that short Mirror's article - namely the Home Office's statement as to why the test is so tough:

“Becoming a British citizen should be a privilege, not a right, and the requirements are rightly demanding.”

That is something they should have mentioned, shouldn't they?
Posted by Craig at 12:26