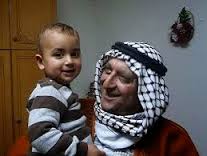 As well as floating the conspiracy theory that German right-wingers might have tricked the Arab and North African migrants into carrying out their attacks on German women on New Year's Eve, Hugh Sykes's Broadcasting House report pursued various other left-liberal angles on the events in Cologne - and did so with a vigour and purpose that quite took the breath away.

We got it all:

(a) the question "What's that got to do with Islam?", asked in an incredulous tone, to a PEGIDA protester.

(c) the heavy emphasis on "a Serb, a German and an American" among the arrested suspects, 'showing' that it wasn't all North Africans and Arabs along the a thousand or so men  carrying out the attacks in Cologne [i.e. at least 3 our of the 1000 people weren't North African or Arab].

(d) the mention of "a Syrian woman who said she was nearly robbed", showing that it wasn't just German woman who were attacked [i.e. at least one out of the 150-300 women attacked {almost} was a refugee].

(e) the first 'talking head', a woman who was appalled but thinks a "measured" rather than an "emotional" response is needed.

(f) the second 'talking head', a social worker who talks about the problem of men and how they "shouldn't behave like this".

(g) the contrast between the woman speaker at an anti-racism, anti-sexism rally welcoming the crowd by saying "Hello, it's lovely you're all here" and all the ranting and Nazi-like male chanting at the PEGIDA rally.

(h) the contrast between the nice anti-racist lady and her children protesting at the anti-racism, anti-sexism rally and the not-so-nice sounding anti-immigration, anti-Muslim and anti-gypsy lady at the PEGIDA rally. ("This is just about Islamic...and the gypsies. Both of them. These are the worst people in Europe"). {I just heard a conspiracy theory from a couple of people not prone to fancies who suggested that this woman was such a gift to Hugh Sykes here that she must have been planted there by Hugh Sykes to discredit PEGIDA. I'd like to make it clear that I don't believe that conspiracy theory for one minute, I'm just reporting it.....See Hugh, that's how you do it!}

(i) the statement (from Hugh) that Tommy Robinson is "now trying to launch a British branch of the anti-immigration group PEGIDA". {Tommy Robinson has always been very emphatic in the past that he's not "anti-immigration" merely anti-Islam. So has that changed? Or did Hugh misrepresent him here?}

(j) the closing expert - the earlier social worker - who rounds the body of the report off by saying it's about men, German men, and it's not about migrants.

And it was all rounded off by one of Hugh's characteristic final thoughts, live - a closing hymn to milticulturalism to send Radio 4 listeners off with hope in their hearts:

And whether it's German men or foreign men doing this, this city - and many other German cities - are immensely civilised, multicultural places where most people get on and are enriched by the integration and exchange of their cultures and traditions while maintaining their identities at the same time. In this part of Cologne, for instance, there are Turkish shops and kebab joints and traditional, huge German pubs, restaurants on the same streets.

Hugh Sykes is in a league of his own when it comes to this sort of thing. His air of stylish authority doubtless carries many listeners along with him. He'd make a great propagandist.
Posted by Craig at 11:31