Not worth the wait after all 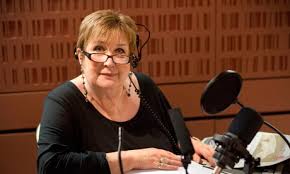 So Woman's Hour finally got round to covering the attacks on women in Germany and Sweden this morning, devoting the first 18 minutes of the programme to the subject.

It was, however, much as might have been expected - a group of people sharing the same similar, narrow, left-liberal, feminist outlook agreeing with each other and uniting in condemnation of 'right-wing' people who don't think like them, put centre stage and stage-managed by the BBC.

Given the reports that the attacks in both Sweden and Germany are said to have been carried out in crowds and by men of mostly North African backgrounds, how should the Women's Movement be reacting? How do you make a complaint about behaviour that may well have a racial source without being racist and causing the kind of backlash against migrants that's already being reported in Germany?

Her own left-liberal angst was soon matched by the rest of the participants.

Imke Henkel began by characterising the debate in Germany and saying that feminists and the Women's Movement didn't want to hush it up, as "conservatives" claim, but were saying 'we need to talk about it as violence against women, whether by foreigners or Germans'.

Joan Smith said the initial reluctance to talk was "understandable". The way the news leaked out meant that many didn't want to "rush to judgement". It is "very difficult for feminists" though. Yes, to defending women's right obviously, she continued, but "we don't want to play into the hands of people who are simply anti-immigrant". Now a non-racist analysis is emerging, she went on: The refugee entrance system in Europe is discriminating against women.

Sarah El-Rashidi compared events in Tahrir Square and Cologne. She was describing "taharrush" without using the word. (She sounded as if she might be sensible, but later events proved otherwise).

Andrea Den Boer then repeated her theories about marginalised men and population bulges and "hesitated" to say this is a migrant issue. The phenomenon of "crowd gathering and sexual assaults" isn't confined to one culture or religion, she said. It even happens around Canada Day, apparently.

Jenni Murray then moved onto the backlash, making a startlingly hyperbolic analogy:

Imke, there have been newspaper reports this morning making the right-wing response look I have to say rather like Kristallnacht - you know [a chorus of 'yeses' from the other guests], shop windows smashed, very frightening images, posters with 'Rape refugees not welcome'. How much has this fuelled a dangerous backlash?

Imke replied "I think it has fuelled a dangerous backlash", though she distanced herself slightly from the Kristallnacht analogy. ("These events are not as bad"). It is "frightening" though, she said. "I agree with everything that's been said before", she continued, saying that the feminist angle is important. The Right are trying to hush up feminists but feminists should talk about the issue, she went on. We should also distinguish between Algerian men and Syrians. Algerian men has a record of this kind of thing; Syrians are "unlikely" to do that sort of thing. [That's not what the recent rapes of a 14 and 15 year old girl in Southern Germany by Syrians necessarily suggest though].

Dame Jenni's next question was:

So Sarah, what we've heard from Andrea is this can happen anywhere where there are a lot of young men without purpose who are in a crowd. How possible would you say it is to talk about a particular form of misogyny and emphasize the relevance of the North African backgrounds of these men? Or that not really relevant?

Egyptian journalist Sarah didn't directly answer that, saying instead that she was "in total agreement" with Andrea about the 'crowd gathering' point before going on to 'do a Hugh Sykes':

Now I think that we shouldn't totally disregard...me being the conspiracy theorist I might be accused of being...We should disregard the point that there is a possibility this could also be linked to a political agenda from the right party...from the national party leader.....Now I think there's a possibility of that. I think we should also look at these sort of issues.

Astonishingly, no one - and certainly not Jenni Murray - even batted an eyelid at that. The conversation went straight on.

Jenni did mention Rochdale, Rotherham and Oxford though. Joan Smith criticised the Right for saying that "white women" were attacked there [girls actually]. ("I think that's completely wrong"). It's about "all women" being attacked. The opportunity now is to teach universal rights to migrants and refugees "if we can ignore all this kind of right-wing clamour", she went on.

Imke said the liberal immigration policies of Mrs Merkel and Sweden "are not to blame at all". Such policies are "absolutely right". She then agreed with Joan that refugees and migrants need to be taught Western human rights and that it's an "opportunity" that should be taken, repeating that point several times.

And there you have it - the much-delayed Woman's Hour discussion on the NYE attacks.

It would be a very unbalanced listener who found that a 'balanced' discussion.

It's this sort of thing that ought to give the BBC a very bad name.
Posted by Craig at 19:25