Anti-Christian bias at the BBC? 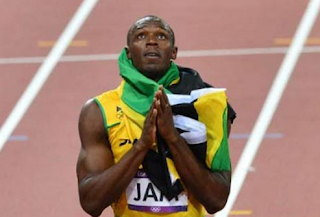 There's been criticism of the BBC from Christian groups in recent days over what these groups see as the BBC's determination to sideline the Christian faith of Olympic athletes like Usain Bolt.

The Jamaican is a devout Catholic and always gives praise to God both before and after his races. The complainants say that his faith never gets a mention in BBC interviews and articles.

Plus, they cite things like this: When Usain Bolt fell on his knees to thank God after he had won the 200m in Rio, the BBC presenter talked about it being "a moment to himself"....

....when it was clearly the opposite. It was an act of public worship which would have been condemned as crass and distasteful if it had been an ordinary mortal. But because it is a hero then it has to be explained away as something else.

This morning's Sunday on Radio 4 took on board this criticism of the BBC and went on to discuss faith and sport, including some discussion of Usain Bolt's Christian faith.

This discussion, however, was prefaced by a clip from a 2012 BBC interview where another famous athlete's faith was discussed. That athlete was Mo Farah and the faith being discussed was Islam.

If Sunday meant that as Exhibit A for the Defence against the charges of anti-Christian bias from certain Christian groups their case may have misfired somewhat at that point!

These latest complaints are nothing new though. Archbishop Cramner was making the same case against the BBC in 2012.

His counter-example (an online BBC article which made a lot of the athlete's Muslim faith), unsurprisingly, also involved Mo Farah.

Mo, of course, has just taken us to 27 golds in Rio. I suppose we all ought to stop what we're doing for a minute and do the Mobot instead. I'd join you but I'm drinking a cup of coffee at the moment and wouldn't want to spill it.
Posted by Craig at 10:15