You’ll have heard the expression ‘to close ranks’. Not just in military terms, but in situations when personnel in an organisation band together to protect themselves against allegations of wrongdoing. Organisations like the NHS are notorious for closing ranks, and the BBC is famous for it; the history of its complaints procedure is testimony to that.

Criticism from an outsider or exposure from an insider cannot be a welcome prospect. If malpractice is involved the whistleblower must expect a battle before being taken seriously  or listened to by the powers that be.

Anyway, Honest Reporting’s Simon Plosker has been trying to raise concerns about the impartiality of Luke Baker, Reuters’ bureau chief in Jerusalem whose 60 strong team covers Israel, the West Bank and Gaza. 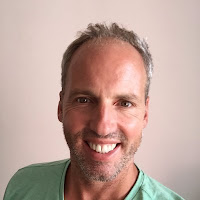 Part one of the story can be read here.

Readers who are familiar with this and other pro-Israel blogs and websites (like Honest Reporting) will be aware of many examples of reporting that is heavily  biased against Israel by way of omission, emotive language and selective use of imagery.

There is also the issue of Twitter. The BBC encourages its employees to tweet, but stresses that all BBC staff’s Tweets carry a caveat that goes something like: ”Views entirely my own” - e.g. the relatively benign Twitter feed of the BBC’s Palestinian journalist Rushdi Abualouf, who’s based in Gaza: “work for the #BBC what is written here represents my own views.” (However, Jon Donnison’s highly partisan Tweets aren’t covered by any such disclaimer)

It’s supposed to be reasonable to expect that we, the audience, accept that the moment he, she or it dons its professional hat, all professional journalists are ready, willing and able to leave their agendas behind. Counter-intuitive, I know; so much so that no-one believes it.

The fact that Luke Baker likes to Tweet is not unusual. That he likes to be controversial is par for the course. Some people come across as controversial on Twitter without even meaning to be.  But judging from his tweets there’s no denying that he sees things through an anti-Israel prism, and the fact that his colleagues have closed ranks to protect him, them and Reuters, is alarming. They even seem to have batted away the questions without even listening to them.

The five examples of Luke Baker's biased tweets cited by Simon Plosker aren’t the only ones he could have chosen. You don’t need to scroll down very far to see several more examples.

The first signs of the closing of the ranks.
Reuters executives and Luke Baker himself ‘declined’ MidEastDig’s requests to discuss Honest Reporting’s claims with their representative Richard Behar. Pulitzer prize-winning journalist Alix Freedman fobbed him off with a boilerplate response. So they went elsewhere:

“Seeking some insights into Mr. Baker, we reached out to Uri Dromi, who founded and runs the Jerusalem Press Club, where journalists network, attend press conferences, and dine with Israeli newsmakers. In the 1990s, Mr. Dromi served as spokesman of the Yitzhak Rabin and Shimon Peres center-left governments.

“Baker is a serious journalist, and I think he tries to run a serious shop here” says Dromi, who knows him personally. “But the problem is — and it’s not only Reuters, it’s leading papers, both American and European — they come to our briefings and I can tell you from the questions and from talks I have with them, they really think that Israel is wrong. ‘Israel is wrong in what it’s doing.’ And it’s ‘Now let’s tell you a story that fits this framework.’”

Mr. Dromi adds: “Not only Reuters but also AP, in certain ways they reflect positions of governments.  Reuters reflects not necessarily the British government [Reuters  was historically based in London, but opened a New York City headquarters in 2001], but I think the European point of view.  And in the question of who is to blame for the problems in the Israeli-Palestinian conflict, Israel always comes up as the one who is more to blame.”

I include this reference to AP because I recall Matti Friedman’s essay from August 2014:

“Between 2006 and the end of 2011 I was a reporter and editor in the Jerusalem bureau of the Associated Press, one of the world’s two biggest news providers. I have lived in Israel since 1995 and have been reporting on it since 1997.”

It was a “must-read” then, and it resonates as much today as it did in 2014. Also his follow-up here:
A particularly glaring omission by Western reporters is that they all seem unable to grasp the significance of religion to the Israeli Palestinian conflict.

This piece appeared in a recent EoZ post and influential journalists like Luke Baker typify the wilful blindness of those who do not wish to see. 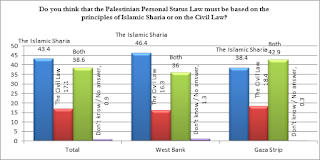 A recent poll by the Jerusalem Media and Communications Center, together with Friedrich Ebert Stiftung, asked the usual questions from Palestinians about which candidate they would vote for if elections were to be held today.
But they also asked questions that Westerners rarely see:


86% are against coeducational secondary schools.


82% say that the Palestinian Personal Status Law should be either fully or partially based on sharia (Muslim religious) law.


The only answers that seemed consistent with liberal viewpoints was that a large majority is against marriage for women under 18, and about 2/3 were against having multiple wives.


The poll didn't even ask the most incendiary questions. In 2013, a Pew poll asked questions in the Muslim world about attitudes towards alcohol, honor killings, sharia, stoning for adultery and other topics, and the results among Palestinians were shocking. Yet this truth about Palestinian fundamentalism and fanaticism is rarely discussed in the media or by think-tanks.


These results are important to understand. When Westerners say that they will propose peace plans, or fund human rights NGOs, or really get involved in any way in the Middle East conflicts, without knowing the mindset of the people involved, the initiatives are probably doomed.


Of course, this applies to Israel as well. Of course there are fundamentalist Jews as well. However, the percentage of Jews in Israel with fundamentalist and closed-minded opinions is far lower than that of Muslims in the territories.


While critics of Israel routinely throw around terms like "theocracy," they rarely apply the same standards to Palestinians.

And whenever journalists and editors report through a pro-Palestinian prism,  sanitising or ignoring the all important religious hatred for Jews, they’re compromising their journalistic integrity and must, one day, be held to account.
Posted by sue at 16:46