It's a depressing carpet ride/Every door will slam shut/To Unhappy people like you... 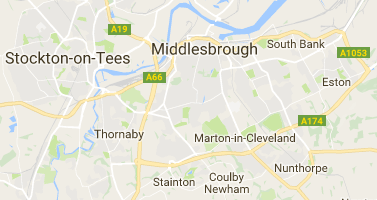 While I've been off on my three-week blogging sabbatical (family-related, but in a good way), Radio 4's PM has been busy pursuing its coverage of 'Brexit Street' - especially over the past week.

The series (which Radio 4 intends to stretch over many months) focuses on a single street in Thornaby-on-Tees in order, as it says itself, to monitor the effects of Brexit over time. Thornaby was a largely Leave-voting area.

The problem with 'Brexit Street' is that it isn't representative of Leave-voting areas.

As noted before, previous episodes have shown the white inhabitants of 'Brexit Street' as being 75-80% not in paid employment (unemployed, on long term sickness benefit, in voluntary work, retired).

And previous episodes have focused on the unusually high number of (non-EU) asylum seekers living on the street.

Hints of racism have been heavy in the air (in the BBC's reporting here).

All of which has made me very suspicious of it.

The latest pair of reports from Emma Jane Kirby featured (a) an update on the various asylum seekers (all lovely-sounding people with heart-tugging stories) and (b) the 'contrasting' views of an unemployed Leave supporter (very downbeat about life in general) and a Remain supporter on long-term sick (very downbeat about Brexit in particular).

The Twitter response has been intriguing. The pro-EU types and the Left and liberal-Left (who dominate this strand of Twitter) have gone for praising the reports' sympathetic coverage of the asylum seekers while mocking the stupidity of the featured Leave voters (such as that hairdresser). The pro-Brexit types, far fewer in number, have raged against its bias.

The 'hairdresser report' was exceptional (so far) in not featuring the framing commentary of Emma Jane. Her commentary - such as the episode with the gloomy Leave voter and the gloomy Remain voter - has struck me as being continuously loaded (against Brexit). Here's a characteristic example:

Stockton Carnival, just over the bridge from 'Brexit Street', Peter, his wife and his two very excited little boys, are watching colourful paper dragons parade down the high street. Since the UK's decision to leave the EU, however, the news headlines haven't been too festive. According to recruiters Britain's labour market went into free fall last month with the sharpest fall in permanent job placements since 2009. It's exactly what Peter, who voted to remain, feared would happen.

And if you're hoping for a counter-balancing quote to introduce Leave-voting, depressed Mark, you'll be hoping for a long time. It never came.

That, unfortunately, is pretty much what you'd expect from from the BBC on this.

It's harder, however, to account for the series's sharp focus on non-EU asylum seekers - who seem, on the face of it, to have very little to do with Brexit-related matters.

Those non-EU asylum seekers, however, feel lonely and unwelcome on 'Brexit Street'. Except for the local churches, there doesn't seem to have been a great welcome for them.

Hints of racism again hang in the air on 'Brexit Street'.

The people are real. The cases are real. But the street is an extreme example and isn't even remotely representative of Leave-voting areas, so the question arises again: Is the BBC's reporting biased?

To which I'd say, very clearly, yes.

But other than in the hope of, unconsciously or otherwise, either (a) somehow scuppering Brexit or (b) advancing the cause of mass immigration (or both), to what end (he asks, rhetorically)?
Posted by Craig at 18:43