Where else can we go? 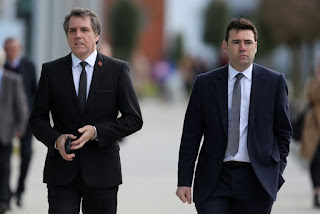 “Mr Rotheram is the Parliamentary Private Secretary to Jeremy Corbyn and a close ally of the Labour leader.”

Close ally? I should say so!
So that’s the person who sat beside Shami Chakrabarti at the HoC inquiry into anti-Semitism in the Labour Party. You know, the one who helped her with that mysterious stream of post-it notes she kept passing to her client sponsor. 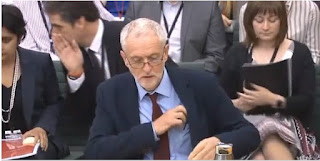 “Next to Ms Chakrabarti in the front row, directly behind Jeremy Corbyn, sat a stern-faced man in a dark suit who Keith Vaz referred to as “Mr. Rotherham.”  He and Ms. Chakkrabarti gave each other meaningful looks, and he too passed a post-it note to Mr. Corbyn. Keith Vaz spotted this and scolded them.” 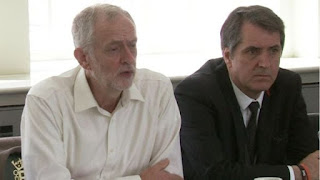 Labour may have to cancel its annual conference unless it signs a deal with a new security company after taking the decision to boycott G4S.

The party has failed to get a new company on board after cancelling its deal with G4S because of its links with Israeli prisons, according to leaked emails to Iain McNicol, Labour's general secretary.

There are concerns the Home Office and police could shut down the conference, set to start on Sept 25, if Labour fails to source its own security.

It is understood that Labour is now so desperate it has raised the possibility of the G4S boycott being "reversed".

A Labour source admitted to the Times that a deal with a security company had still not been finalised but was "absolutely confident that arrangements for security will be in place and the conference will go ahead".

Politicians everywhere are merrily cutting off their noses to spite their faces. Elsewhere, people are  are quietly murmuring: “This Country is finished. Where else could we go?”
The BBC is doing a great job, ain’t it?