According to a letter to the editor in today’s Times from an NUJ official, BBC Monitoring has been hit by successive cuts.
I wasn’t sure what BBC Monitoring was, but it’s explained in the letter.

“.................we need to be aware of how others, not just the Russians, project soft power. This is the purpose of BBC Monitoring, to observe and report the sometimes distorted way in which other countries’ media present the world. It was mostly funded by the government until 2010 when the BBC was forced into paying for it alone.”

This struck me as distinctly eerie. The BBC is monitoring other country’s distorted media, whilst ignoring the monitoring undertaken by thousands of viewers and reviewers of its own distorted output on a daily basis.

Speaking of which,  on the BBC Monitoring site I found this piece about Israel’s media.

“Researched and written by BBC Monitoring’s regional specialists, the Israel Media Guide provides overviews of the broadcasting, press and online sectors, along with extensive listings of individual channels, publications and other sources, and details of key media owners.”

I was curious about the diligence of these regional monitoring specialists, because if they are indeed monitoring the region’s media, it does seem odd that there’s a kind of blanket embargo on the sometimes, nay, always, distorted way the Palestinian media reports matters. 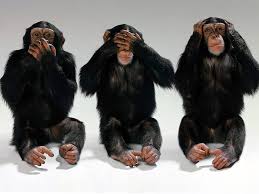 Rather like Jeremy Corbyn, Palestinian media can’t even bring themselves to use the word “Israel”