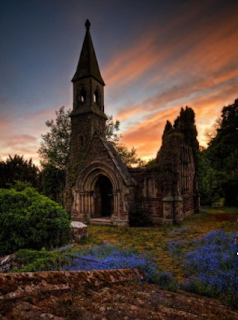 Though yesterday is already 'so last year', I must just dip back into it to mention Radio 4's Sunday, as the programme more than lived up to its reputation for 'undiluted liberal bias'.

The first topic was President Trump's first year on office and his impact on religion in the USA. Instead of a balanced discussion we were merely given an interview with a liberal American journalist, Sarah Posner. Her comments dripped with disdain and disapproval for the President. Here's a flavour:

Oh my! Well! What relationship with Islam! I mean, for example, President Obama had a good relationship. Trump has stomped all over that with his Muslim ban, with his anti-Muslim rhetoric, with his unwillingness to even recognise that he engages in anti-Muslim rhetoric. So there's probably never been a president, at least in recent memory, who's had such a terrible relationship with American Muslims and probably with Muslims around the world, and I think the Jerusalem declaration was just another nail in that coffin, in that relationship.

Next came a report on following two calendars at New Year as that nice Trevor Barnes spent a Sabbath evening with liberal rabbi Laura Janner-Klausner and her Muslim friend, the Guardian-writing journalist Remona Aly. (Both are very much 'BBC' religious types. Laura often does Thought For The Day on Radio 4 and Remona often does Pause for Thought on Radio 2). Interfaith harmony reigned.

After a BBC piece about the BBC - namely a feature about Radio 4 LW's The Daily Service  - there was a look-ahead-to-2018 discussion with journalist Harry Farley and Sughra Ahmed from Stanford University. Sughra previewed the royal wedding and said how Meghan Markle, for her, is "real, especially for multicultural Britain". Harry then talked about the "huge significance" of having a woman as Bishop of London, and blessings for same-sex marriages. Sughra moved onto the "ongoing mainstreaming of Muslim female attire", which Harry said was especially interesting in the light of more "hardline" responses, such as the burqa ban in France. The Pope in Ireland was also discussed before Sughra discussed the "deep concern" of "so many of us" about anti-abortion laws in the US.

Finally came an interview with Archbishop John Sentamu, wherein (among other things) the Archbishop told us that Donald Trump's intervention over Jerusalem "wasn't helpful" and chuckled that four couples from the US were at his Christmas Day service wearing badges saying, "He is not my president".

Now, of course, there was much of interest in what Baroness O'Neill and the Archbishop of York had to say, and the feature on The Daily Service was quite interesting. (Lord Reith had specified that it should be "Christian, undogmatic and manly"). The programme was, however, highly restricted in the range of views it offered.

My New Year's resolution is simply to remember to write 2018 instead of 2017. Hopefully, Sunday's will be to work much harder at dispelling the impression it gives of offering  'undiluted liberal bias' week in and week out.

Anyhow, Happy New Year to them too!
Posted by Craig at 09:29