Birds of a feather... 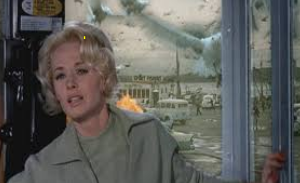 Rob Burley: Also on #marr the Leader of Haringey Council Claire Kober - on why she's resigning after ten years in the job. Tomorrow at 9am BBC1.
Nipper Dodds: Hi Rob, Will there be anyone on from the #SaveOurNHS demo or did that not officially happen according to the BBC?
Rob Burley: Haven't seen the coverage today. Demos are rarely in and of themselves news. So not invited someone from a Saturday demo onto Marr no. But in recent weeks we've had Jeremy Corbyn, John McDonnell, Emily Thornberry and Shadow Health Secretary Jonathan Ashworth. All talked about NHS.
Nipper Dodds: Thanks for replying. Fair enough but even Sky, CH4 & ITV seem to think it is news-worthy. It’s a good job I’m not cynical or I might conclude there was pressure being applied to ignore it??
Rob Burley: That sort of thing is just hilarious. The idea that a) the govt tell the BBC not to cover a demo and we comply b) that we aren't always, always raising NHS issues on the news. I don't know if on BBC news, I do think demos often not huge news.
Nipper Dodds: I don’t buy it. If this were a demo by Labour members who wanted Corbyn out, it would be blanket coverage.
Rob Burley: You're making my point for me. The march you describe  would be unexpected and newsworthy. People marching in favour of the NHS - the most loved institution in the UK - not so much.
Posted by Craig at 08:17