Sharia Law in the UK 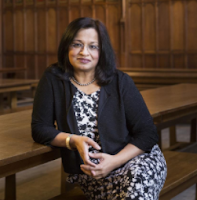 This morning's Sunday on Radio 4 began by discussing the place of Sharia councils in the UK.

Many people think they should have no role whatsoever.

As you may recall, the government's official commission looking at the issue was headed by Mona Siddiqui and featured two imams on its advisory board - things that provoked claims of a 'whitewash' and a letter of protest from human rights groups saying its focus was misplaced on seeking out “best practice” among sharia councils rather than questioning their very existence.

Well, this week the commission published its findings and, yes, as its critics feared, it did indeed concentrate on "best practise". It recommended that Sharia marriage should be recognised under UK law (requiring a change in the Marriage Act), and that Sharia councils should be legitimated but regulated by the government. It said that banning them would only drive them underground.