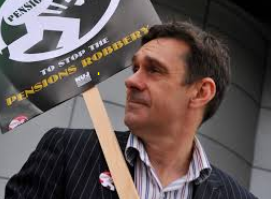 Oh yes, the far-Left are really flocking and furiously flapping their bright red wings this morning - and there's still an hour to go until The Andrew Marr Show begins.

They really don't want Claire Kober - who resigned as Labour leader of Haringey Council accusing such people of bullying - to be 'platformed' by the show. Or at least 'platformed' without a balancing bully being present.

One of them, however, (a former economics editor at the BBC no less, who's never off the BBC) flew straight into a window...

Rob Burley: Also on #marr the Leader of Haringey Council Claire Kober - on why she's resigning after ten years in the job. Tomorrow at 9am BBC1.
Paul Mason: Why don’t the BBC just give Kober her own channel?
Tom Hamilton: I don’t think she’s got enough broadcast experience, she probably couldn’t sustain a whole channel on her own, on balance it makes more sense just to interview her on an existing channel and then show a range of other programmes designed to appeal to different audiences.
Rob Burley: Yes, I'm with Tom on this.

Paul Mason‏: Will you be interviewing anybody from Haringey Labour Party or any of the tenants whose homes she wanted to hand to Lend Lease?
Rob Burley: No, as I've said, you have been on the show and know this, we are an interview programme holding politicians to account. We have spoken to residents groups and Momentum (they were very helpful).