For the many, not the you know who. Do please read Philip Collins in The Times (£). It would be such a shame if the paywall stopped you. 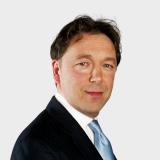 “The only problem with this article is that it’s too well written, and the vocabulary too complicated, for the Corbyn/Lansman supporters to understand.”

For those without online access, (or in a hurry) I’ll try to abridge it.

The three-way Twitter spat between David Baddiel, George Galloway and Jon Lansman encapsulates the antisemitism problem in the left. (Collins doesn’t say this, but a good deal of what he says also applies to the BBC.)

“Mr Galloway started it by calling Baddiel “a vile Israel-fanatic” which accusation he later refined to suggest that Baddiel was prone to using the label of “antisemite” as a slander. Mr Lansman waded in to declare his solidarity with Baddiel who, as a “non-Zionist” is neither vile nor a fanatic.”

The litigious Galloway threatened to sue for defamation (What, moi? an antisemite?”) citing Jeremy Corbyn as a potential witness.

Jon Lansman, the founder of the pro-Corbyn Momentum movement, is a Jew, and his ‘asaJew’ brand of anti-Zionism allows him to align himself with Jewish non-Zionists like Baddiel, that is, as long as Baddiel doesn’t suddenly come over all Zionisty. (So far Baddiel’s declared attitude to the Jewish State is “Meh”.)

“The Labour Party is led, indeed, by a man who only ever talked to one side, who called himself a friend of Hamas, a body which seeks the destruction of the Jewish state; a man who happily took money from Press TV, a channel owned and controlled by the Iranian government which denies the truth of the Holocaust.”

Yup. This we know. But does it make any difference to your average Corbynista?
Ever since Jeremy Corbyn publicly disgraced himself on the Marr show with that shameful porky-pie about his fondness for the Iranian regime, the nasty media has been awash with revelations and exposés. Detailed iterations of which have appeared on Harry’s Place, Guido Fawkes and in the Spectator.

The romantic part of the relationship may well be over, but the conviviality between the leader of Her Majesty’s Loyal Opposition and the Islamic Republic was clearly not about the former’s concerns over the latter’s attitude to human rights. Saying something so easily debunked and so very economical with the actualité on the Marr show seemed particularly rash. Perhaps Jeremy thought no-one was watching, or maybe he mistook the TV studio for the ideal venue for a cosy, off the record chat with a mate.

Why the hell haven’t these shocking things dented his popularity? (Because they haven’t, not one jot) Don’t bother beating your brains out worrying about this. It’s simple.
Love is blind. His besotted followers actually believe Jeremy will abolish inequality, poverty, racism and evil. “We like what Jeremy stands for, and we’re not interested in stuff that has nothing to do with his policies.” I really, really saw that written somewhere.

This bit could have been written with the BBC in mind:

“The left’s antisemitism is in the tone of voice, the severity, the passion, the elevation of an issue that should be one among many to a defining idea of political identity. It connects to a loathing of America and of capitalism and of alleged western interference in the Middle East. For the uncomplicated racist, hatred of the undesirable people is the starting point. For the complicated, confused leftist, the denigration of a people is their conclusion. The ingenious ones among them even sound as though they arrive at their argument with great reluctance. This is the mindset that might one day inform British foreign policy and, if that is a realistic prospect, then it is the errors hidden in Mr Lansman’s world view that will matter more than the errors evident in Mr Galloway’s.

That  article alone is worth the subscription. Bravo, Philip Collins.
Posted by sue at 11:21