Of 'Newsnight', wrens, the 'Evan' treatment and Barack Obama as Homer Simpson 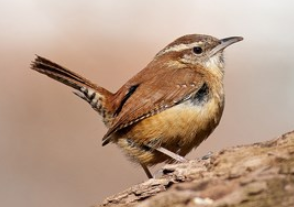 As you may already know, Newsnight is getting a new editor.

Three months after Ian Katz leaped, loudly purring, onto the lap of Channel 4, the BBC has appointed Esmé Wren from Sky News as the tattered BBC flagship's new editor.

According to Guido Fawkes, Esmé is "the right choice out of the final two" (a somewhat ambiguous wording, either giving her the thumbs up or damning her with faint praise - though I think it's meant in the 'thumbs up' sense):


The internal candidate was Louisa Compton of Victoria Derbyshire and Newsbeat – it would have been nurses pay and preferred pronouns every night had she got the gig. Congratulations…

Ms. Compton herself is now leaving for Channel 4.

That said, External Esmé, before going to Sky, was a Newsnight producer, so she isn't entirely new to the BBC - or to this particular BBC programme.

It has to be said though, however.....(Ed - Does it? Really?),.....that Newsnight presently isn't that far from being "nurses pay and preferred pronouns every night" already.

This past week alone saw Monday's edition lead with a major item on police stop and search and its effects on young black men; a feature on Tuesday about social mobility and education; a section on Wednesday about gender and science; a piece on a worthy-sounding dance event (xenophobia, multiculturalism, how Brexit is building walls) on Thursday; and the issue of a universal basic income (as backed by Ed Miliband) on Friday.

You can take the ex-Guardian deputy editor out of the programme but you can't take the Guardian-like spirit out of it, it seems.

Or can you? And, more importantly, can Esmé?

And, regardless of any of that, can she get the programme's very many missing viewers back, or is Newsnight a lost cause only watched by a few hundred thousand political obsessives and a handful of hardcore BBC bias-obsessed bloggers (like me)?

It's not that Newsnight can't pull of some very good things from time to time, and plenty of OK things too, and Jess Brammar and Dan Clarke have done a decent job of keeping things ticking over and I rather enjoyed skimming through their programme this week...

...but you just know, even before you've watched it, that a joint interview with Daniel Hannan and Sir Vince Cable will, if conducted by Evan Davis, see pro-Brexit Mr. Hannan get the full 'Evan' treatment - challenges and interruptions - while the anti-Brexit Sir Vince gets a much chummier kind of 'Evan treatment' (though Evan didn't go so far as to actually stroke him)... 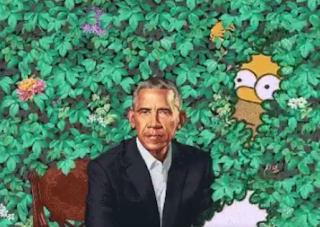 ...and you'd never be surprised when Newsnight treats the portraits of Barack and Michelle Obama (widely mocked this week) as beyond-criticism works of wonder. The Barack one, if you need reminding, was the one where Homer Simpson faded into a hedge (or so people keep telling me)...

...or when Trump-related matters come up, and the guests invited on to discuss the Trump-Russia thing are Anne Applebaum (critic of both Trump and Putin) and Niall Stanage of The Hill (a self-declared 'liberal'), both sing from much the same hymn sheet.

To hope or not to hope, that is the question. Possibly. If anyone still cares.
Posted by Craig at 19:49