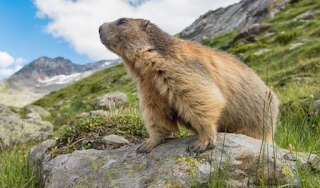 I really didn't want to post this post, as I feel as completely exhausted by all of this kind of absolute drivel as the BBC's Rob Burley must surely feel about it...

That's a decent balance of guests, isn't it?

For those happy few of us who are really interested in politics, there's somebody for almost everyone here.

Even on Brexit, the balance works out well, and everyone's a winner.

Hmm. A reasonable person would surely think so...

'Over And Over Again' is the title of The Spitfires's most high-profile song (and very likeable it is too), and the phrase 'Over And Over Again' - or 'Groundhog Weekend' - sprung to my mind when reading the usual onslaught of tweets to The Andrew Marr Show's editor Rob Burley, and I bet you can guess what's been happening today, Twitter-wise...

Yes, rampaging hordes of politically-engaged people have been complaining, sourly, about BBC bias simply because The Andrew Marr Show has had the temerity to invite on someone they don't like.

UKIP's Henry Bolton, Julia Hartley Brewer and Anna Soubry seem to be especially objectionable to the Twitterati (especially the latter pair of female political opposites on the Brexit issue).

UKIP, Julia HB and Anna Soubry are all on the BBC far too much, apparently, and they jolly well shouldn't be!

I agree with Rob (which probably won't help him)...

...earlier came a sarcastic tweet from Tim Montgomerie about a different BBC programme...

...which draw a response from Anushka Asthana, the Guardian journalist presenting that programme this week.

Anushka Asthana: It’s about the Week in Westminster in a week that Anna Soubry has made news, and her interview came after an interview with strong Brexit supporter Anne Marie Trevalyan.
Tim Montgomerie: There's always a good reason for individual appearances but the multitude of slots...? So lazy and rewarding of her extravagant, made-for-Milbank remarks.
Anushka Asthana: People who are outspoken tend to get aired a lot. I’m pretty sure I quote Jacob Rees Mogg as much as Anna S, if not more, and we’re the Guardian. BBC will be actually counting to make sure balance.
Tim Montgomerie: That's your justification?! JRM is a SLIGHTLY bigger deal than AS. He leads the @ConHome grassroots poll for next leader. Soubry might even struggle to get her papers signed by a couple of colleagues and (twice) couldn't get elected to the Brexit select ctte.
Anushka Asthana: If anything the news amplification of Tory MP voices (I appreciate this may not be same for membership) is disproportionately in favour of those wanting hardest break.
Tim Montgomerie: That is also true but doesn't excuse us having to endlessly hear her insisting she respects the ref outcome while dissing it in her every action. ENDS!

Wasn't Tim Montgomerie falling foul of Rob's Golden Rule, 'So, here's the thing, people you don't agree with will sometimes be on TV', here?

Well, even if he was (and he probably was), he certainly wasn't wrong about Anna Soubry being on the BBC an awful lot, including over the past week.

After her appearance on Monday's Newsnight, she was on Victoria Derbyshire on Tuesday and This Week on Thursday, as well as today's The Week in Westminster. (Yes, I've done my homework).

And, via Rob Burley's Twitter feed, I subsequently spotted something that probably wouldn't go down too well with Montie either. Yes, as mentioned earlier, the (in)famous Anna will be on The Andrew Marr Show tomorrow too:

Is she on because she's made the news this week (with Newsnight's help), or because she's outspoken and outspoken people tend to get aired a lot? And, if the latter, is that lazy journalism which amplifies a marginal voice disproportionately and distorts the news? Or is it good journalism that grabs a news-leading maverick and makes the most of her?

I really don't know what I think about this, so if you can help in the comments below please do.

Incidentally, as regular readers will know, Anushka isn't correct about the BBC "actually counting to make sure balance". (In)Famously, the BBC publicly disapproves of "bean counting" as a way of monitoring bias.