You will have seen or heard about PMQs with Theresa May’s attack on Corbyn and his mishandling of his party’s antisemitism crisis, and his reflexive counter-attack on the Tories’ you-know-whatophobia.

I’ve just been notified of a programme about male circumcision “A Cut Too Far?”  scheduled for 22:35 tonight in the Question Time slot. (Bated breath.) 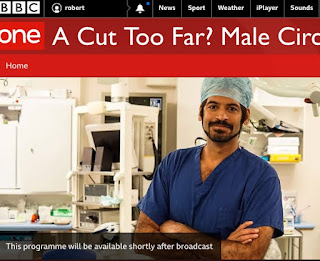 By pure coincidence, I also came across a half-hour debate in Westminster Hall about religious slaughter.

I understand that Shechita (Kosher) and Halal slaughter have certain principles in common - that the animal must be slaughtered ‘uninjured’ (this precludes stunning the animal before its throat is cut) but that the Jewish and Islamic requirements are not identical.

This may be a question of my own personal bias, but I have read several accounts of Halal abattoirs where animal welfare is the last of their concerns. As far as I know, Jewish slaughter is considered to be as clinical and humane as non-Jewish slaughter; that stunning is not always effective and that Shechita doesn’t require prayer as part of the procedure.

As I have said before, the Muslims are always ‘spoiling things’ for the Jews. Their demands and prohibitions have antagonised others and Jews are caught up in the flak - collateral damage if you like.

It seems inevitable that eventually, Britain will have exchanged its Jews for Muslims.
Essay By Sebastian Vilar Rodrigez

“I walked down the street in Barcelona , and suddenly discovered a terrible truth - Europe died in Auschwitz ... We killed six million Jews and replaced them with 20 million Muslims. In Auschwitz we burned a culture, thought, creativity, talent. We destroyed the chosen people, truly chosen, because they produced great and wonderful people who changed the world.

This is a controversial topic. You may disagree. Feel free.