Glasto: like being hit over the head with a copy of the Guardian 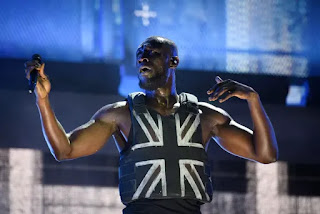 So much to say - so little time  - but I thought this was worth a read. Brendan O’Neill is spot on here! (and it’s BBC related)

The great irony of Stormzy’s Glastonbury set. (£) Poor you if you haven’t got access to Speccie online. Here’s a taster:

“Watching Glastonbury feels increasingly like being hit over the head with a copy of the Guardian. David Attenborough rocked up to congratulate the festival on giving up plastic. ‘Yaaay!’, screamed the crowd, before heading back to their plastic tents. (Attenborough rather overlooked the fact that, thanks to the plastic-bottle ban, people had to queue for ages in blazing heat for water refills…)

Olly Alexander of Years and Years gave a five-minute lecture on the meaning of the word ‘queer’, because that’s exactly what you want when you’re at a rock gig, right? There were anti-Brexit posters — put up by the billboard movement Led By Donkeys — and what could be more establishment than loathing Brexit?

Columnists caught the spirit of the new, stiff, PC Glastonbury with articles titled ‘Beauty tips for Glastonbury that don’t include cultural appropriation’ and ‘Can Glastonbury help me shed my toxic masculinity?’”

If you’re not a subscriber you’ll miss the comments, they’re mostly spot on too. Of course, there’s one jarring note (Isn’t there always?) It’s the first para. B O’N calls Stormy a talented guy and says he likes his new single.
Well, I suppose one might flag that up in one's intro if one doesn’t want to seem like a grumpy old codger.

Me? Just call me Mrs Pickles.