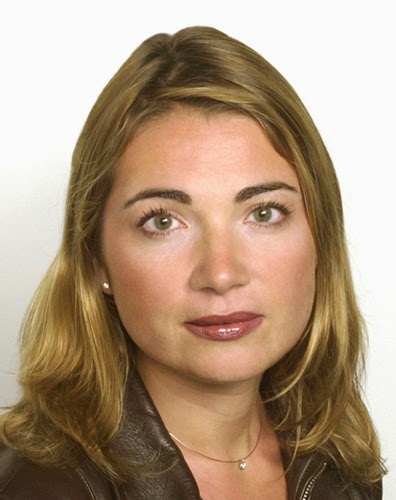 According to the Telegraph,

The BBC is facing a bias row over its new Europe editor, Katya Adler, who is replacing the veteran Gavin Hewitt but has yet to start the job because she is on maternity leave.

Eurosceptic Tory MPs are exercised by an entry in her LinkedIn work profile stating that from 1996 “to the present day” she has been “chairing debates, moderating and public speaking – hosting public, corporate and private events including for the EU Commission, the European Space Agency, CERN, London’s Frontline Club and the Austrian government during its EU Presidency”.

This apparent cosy relationship between the BBC’s new Europe editor and the European Commission is a big cause for concern and calls into question the BBC’s impartiality on the issue of Europe. [Andrew Bridgen MP]

Miss Adler has openly advertised the fact she regularly hosted events for the European Commission over a period of 15 years and I can only guess the generosity of EC propagation. This cosy relationship between the BBC and the European Commission severely undermines your editorial integrity and ability to report matters in a strictly objective manner. The BBC claim to operate a strict editorial code of conduct and these revelations appear to be a serious breach of the code. [Philip Davies MP]

BBC editorial guidelines permit journalists to take part in events as a neutral host or speaker.

Katya was an independent moderator for a number of events in Europe while she was working as a freelance for the BBC and other outlets. None of these were political discussions. Chairing events in this way does not prevent her from reporting in a balanced and impartial manner.

The Europe-related events she has been involved in were about topics covering space, science. Any implication that [there was] political discussion about the EU is inaccurate and misleading.

The proof, of course, will be in the pudding.

Katya will, no doubt, be watched very carefully from the moment she take up her post. Her 'impartiality' had better be impeccable.
Posted by Craig at 20:31