"Never heard Marr so quiet. Farage is a slimy little toad and he's not been interrupted once..!!" 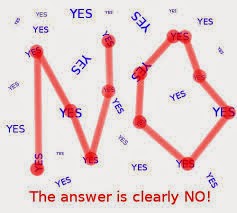 The BBC's favourite defence against charges of bias - that it gets complaints from all sides, so must be getting it about right - has always been based on a dubious premise. It assumes that the complaints from each side are of equal validity - or, from the BBC's perspective, equal invalidity.

It doesn't help that so many accusations of BBC bias are invalid (for whatever reason). Look into most of them and they simply fall to pieces.

The world of Twitter is particularly rife with invalid assertions of bias. Just look at this morning's Twitter coverage of the Nicola Sturgeon interview on The Andrew Marr Show and you see posts like these:

I'm no fan of Sturgeon nor the "progressive" @theSNP but #Marr has interrupted her repeatedly whilst Farage got the run of the place. Awful.

Marr show: my only gripe is that Farage was on first and he spoke for 20 minutes,Nicola gets on for 15 mins and was interrupted by Marr

Never heard Marr so quiet. Farage is a slimy little toad and he's not been interrupted once..!!

They are all, every last one of them, talking complete and utter rubbish.

Why are these people tweeting (and re-tweeting) such crap? Do they actually believe what they're writing? Or can it all be put down to confirmation bias?

Well, you would probably have to be a robot not to suffer from confirmation bias, according to the psychologists, so I'm doubtless guilty of that too in some of my posts here. I try to overcome it, however, by checking things out and supplying evidence. Any (credible) counter-evidence you spot would always be appreciated.
Posted by Craig at 12:56