What a day! I was riveted by the BBC’s reporting. 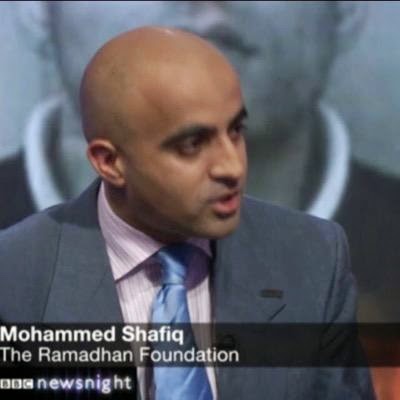 Why oh why did the BBC turn to Mohammed Shafiq, and allow him to all but justify, by stealth, the motivation, if not the method, of the attack by bringing in ‘anger about Israel and the Palestinians’. And the odious Tariq Ramadan - an Oxford professor, don’t you know - who spoke about the backlash and said this was “nothing to do with Islam”  (because violence is unIslamic or some such utter tripe).

I saw Martin Rowson who was so angry at the slaughter of his fellow cartoonists that he had the nerve to say some unequivocally condemnatory things about the r.o.p., but the twist in the tail is that his cartoonist’s ire has been mostly levelled at Jews. (Or should that be sting in the tail - I prefer twist somehow)
Oddly enough, several people commenting over at Harry’s Place who had seen his interview on the BBC confused Rowson with Steve Bell. Hardly surprising; they’re evil twins as far as Jews and Israel are concerned. Cheap’n’lazy antisemitism and quite badly drawn I think.

For much of the afternoon Phillipa Thomas was the anchor. At one point she got quite animated about ‘not jumping to conclusions’ and ‘not the real Islam.’

We have also seen analysis by Frank Gardner and repeated interviews with the lady terror-attack expert who was in awe of the professionalism, expertise and marksmanship displayed by the gunmen. They must be professionals, she opined, flatteringly.

The BBC has not shown the most disturbing footage - that of the cold-blooded shooting of the injured policeman who was pleading for his life. It did not, however, shy away from reporting the fact that the attackers were heard to say they had avenged the profit Mohammed, Allahu Akbar and all that idiotic claptrap that these not-the-real-Islamists are prone to chant.

I know we’re in for an avalanche of warnings about the backlash, which I suppose will be a diversion from electioneering.