Jon Don on the NHS 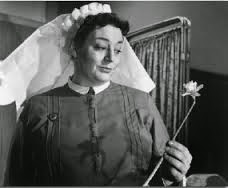 When you get a bee in your bonnet it's hard not to hear it buzzing.

I think I've got an entire family of Hymenoptera in my favoured variety of headgear (so to speak) about the BBC's stupendously biased Jon Donnison.

So, knowing that he's no 'righty' and, from Twitter, that his dad's an active UK Labour Party member (and no admirer of Israel, to put it mildly), I was intrigued to read Jon's tweet recommending a piece he did for today's The World at One about UK NHS doctors who've 'run away' from the British NHS to Australia.

This is off his beaten cycle track as a reporter, so I was intrigued.

I wanted to listen to his piece with as open mind as possible, giving praise where praise was due (if it was merited), whilst, at the same time, also listening out for anything that suggested that things were better before 2010, when Labour ran the NHS.

Being ever-optimistic I rather hoped that such evidence of personal bias would be absent and that it would be a neutral report (not being about Israel, about which Jon Donnison has several thousands bees - and a good number of wasps and hornets - in his bonnet).

The story was that British NHS people are fleeing the UK's NHS. We heard some of their interesting personal stories before one of the 'refugees' made the one and only political point in Jon's report:

I was an NHS consultant at what was, probably, a very good time - between 2003 and 2008 - but I think what's clearly the case and...er...and this doesn't come from my own experience but my colleagues that I'm still in regular contact with in the UK is that that level of investment in the NHS hasn't been sustained and it's almost been cut off in a way.

Andy Burnham MP couldn't have put it better, could he?

Now, that, of course, wasn't Jon Donnison saying that. It was one of his 'talking heads'. But no one put an opposing point of view.

Therefore, the message rang out loud and clear from this report, didn't it, that the NHS is in trouble? And that the reason it's in trouble, in the years after that 'very good time' under Labour, is the 'cutting off of investment' by you-know-who?

So, therefore (whether you agree with him or not), that, you might say, was a party political broadcast brought to you by the BBC's fabulously biased Jon Donnison - a man who surely wouldn't know 'impartiality' if it bit him on both arms with a surgical clamp.
Posted by Craig at 21:55