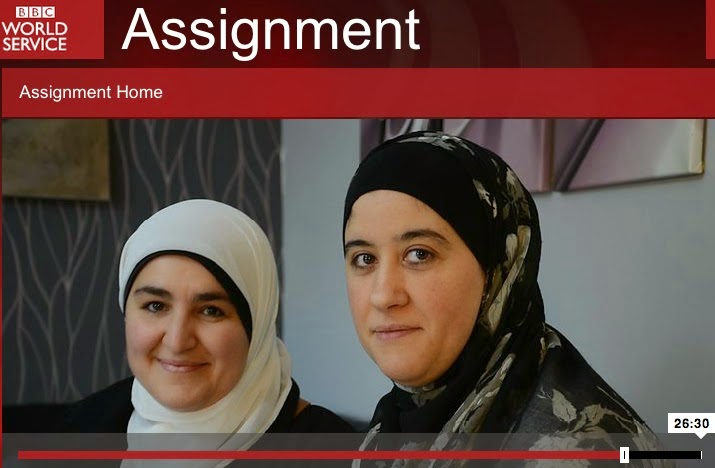 I woke up in the night and switched on the radio, low,  to lull myself back to sleep. That usually does the trick. Unfortunately the programme then running was Assignment. (BBC World Service)

Helen Grady has one of those piping voices that sounds particularly sanctimonious when she’s trying to promote Women’s Rights to Wear the Hijab and to publicise the ‘Frenchness’ of French Muslims.

I came in at the point where she was commiserating with the poor schoolgirl who couldn’t take her hijab-wearing mother on a school trip. The possibility of removing the offending garment wasn’t floated.

I’m afraid that Helen’s pitch was remarkably different when it came to interviewing the nasty right-wing secularist republican.
“What kind of threat would a hijab pose?” asks Helen, with tangible sarcasm.

Having ‘listened again’, I have to say the first part of the programme, which I had missed last night, did expose some of the relevant issues, albeit inadvertently.

However in the scheme of things, by which I mean the BBC’s campaign of normalising Islam and all the trappings, especially in the wake of ‘Je Suis Charlie’, yet another overly sympathetic programme about Muslims and their grievances really does go against the grain.

Still awake, I took in another of Angela Tilby’s Thoughts for the day. It concerned ‘Muslims’ and ‘Women.’

“Two years ago I was invited to speak at a conference convened by the Muslim Institute, a London based forum for debate and engagement between Islam and the contemporary world. I’d been asked to speak about my experience as a woman in the church, which I duly did, and at the end several people asked me when I thought there’d be women bishops. They were concerned because they felt that women bishops in the C of E would have a positive effect on the status of British women’s position in Islam.”

“The interest of those at the Muslim conference made me aware that what the national church does sends a wider signal to society.”

I don’t know what Angela Tilby is ‘on’, but she probably saw how ‘pleased with itself’ the BBC was over its Normalising Islam campaign, and said “I’ll have what the BBC is having”.
(Apols to Harry and Sally)