Watertight oversight - 'Cob' and the BBC

Please bear with me on this one (as I weave my way through my thoughts on this), and please also try to remember that not all tl;dr posts are really 'tl', and that (maybe) they should be 'r' after all... 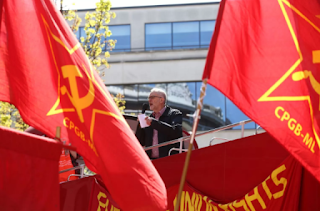 Stephen Glover of the Daily Mail has excoriated the BBC for "ignoring" the allegations about Jeremy Corbyn being "a Czech ‘asset’" - and agent codenamed 'Cob', approved by the Soviet Union in the dying years of the Cold War:

Far more worrying is the way the all-powerful BBC has hitherto avoided Sarkocy’s allegations, which have been met with vehement denials by the Labour Party. If you relied on our public service broadcaster for your news, as about half the nation does, you wouldn’t know anything about ‘Cob’.

I watch and listen to the news on BBC television and radio almost obsessively, and I have picked up only two fleeting references [on a Today newspaper review and The Andrew Marr show yesterday - the bit where Andrew called the story 'rather thin] to the extremely grave charges against Mr Corbyn. All I can find on Auntie’s voluminous website is a tiny mention of a newspaper report....

There may have been other passing references, but it can be fairly stated that the BBC has done its utmost not to give this story wider circulation even though it contains the mind-boggling suggestion, of course unproven, that as a young MP Jeremy Corbyn betrayed his country.

Oh Stephen! Much as I like and admire you and much as you may have a point here, the canny BBC's tradition of 'watertight oversight' means that it was never going to be that easy for a critic of the BBC like you here (though please bear with me!)...

...and, sure enough, Dino Sofos, Senior Social Media Producer at BBC News, found a 'gotcha' answer for you (and, specifically, for Guido Fawkes) :

And so did Rob Burley, the Ed-Sheeran-averse editor of The Andrew Marr Show:

So (apparently) John Pienaar's Radio Sunday show covered it "at length", and so did today's Daily Politics.

QED for the BBC? (Not really. See below).

And, similarly, when Guido Fawkes asks, "Any chance the BBC will cover it properly now the PM has commented?", the BBC will point to a report on BBC News website this evening headlined Corbyn should be 'open' on spy's claims - May and say 'Yes, we did report it'.

....in the venerable tradition of BBC 'watertight oversight', just check out where on the BBC website the BBC published this headline story (and where it's stayed ever since). [You'll have to click the image to enlarge it, and then you'll see that the BBC hasn't made it a prominent story.] Yes, it appeared near the exit door of the BBC's Home page, so to speak. But, yes, they have reported it on their Home page, so....'watertight oversight' kicks in and the BBC is off the hook.

Read that BBC report, however, and it's mostly 'the case for the defence' as far as Jeremy Corbyn is concerned.  The caption to the opening image puts Jeremy's case for him, rebuttals of the claims against Mr. Corbyn get the lion's share of the reported speech, and the BBC itself gives its own imprimatur to those rebuttals. Plus the whole report is full of 'health warnings' ("claims", "alleged", "reportedly", "possible") about the claims against Mr. Corbyn.

The BBC, rightly or wrongly, is essentially rubbishing the story here - 'belatedly reporting it and frantically trashing it', unkind folk might say!

As I'm wary of taking the BBC on trust these says (even those BBC people I like), I've also checked out Dino and Rob's claims. 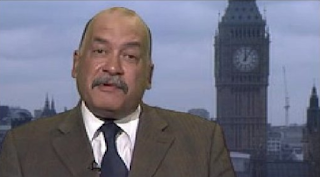 As for John Pienaar on Pienaar's Politics, yes, the story was discussed - for fully 5 minutes - but John Pienaar himself immediately rubbished those claims that Jeremy Corbyn might have been an agent for the Soviet Bloc by describing them as "pretty absurd" and ended the big discussion (twently minutes later) by saying, flippantly, "this story may be going absolutely nowhere but it doesn't stop us talking about anything!" - both of which statements clearly signalled to the Radio 5 Live listener that the BBC's Deputy Political Editor personally doesn't reckon much to the story.

As for the discussion itself, two defenders of Jeremy Corbyn (Labour's Peter Dowd and pro-Labour journalist Jenni Russell) rubbished the story for nearly all of and then, just before the end, the Sun's David Wooding got a brief say and voiced some criticism of Mr. Corbyn's past.

So, yes, Pienaar's Politics did devote a whole segment of the programme to the story yesterday, though John Pienaar began and ended his programme's coverage of it by strongly suggesting his own sense that the story doesn't amount to much and doesn't really merit reporting, and - separately - the 2:1 imbalance of the discussion (made worse by David from the Sun getting far less time than either of the two Labour-defending guests) didn't really cover this segment in impartial BBC glory either, did it?

So, Pienaar's Politics is classic BBC watertight oversight in action. 'See, we discussed it after all!' , says the BBC. Yes BBC, you did. But HOW did you discuss it on this rare occasion when you seemingly reluctantly consented to finally discuss the story? That is the question.

As for The Daily Politics, well, yes, they too did discuss it today, as Rob said. ('What took them so long?' I imagine many people crying). Did they, as Rob contends, discuss it "at length"? Well, I think Rob is definitely stretching it there! So how long did they discuss it for? For 3 minutes and 2 seconds. 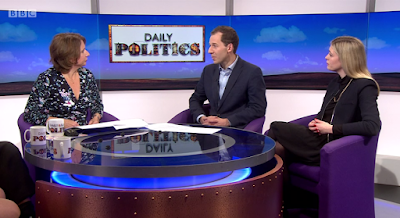 And Jo Coburn began the segment by stating, "Our man in Prague has spoken to the head of the Czech secret service archive who has reiterated that there's absolutely nothing in the archive to suggest that Jeremy Corbyn was an informer but he was a 'person', according to her, 'of interest' to the secret service."

Again, this is classic BBC watertight oversight in action. The story that many people claim the BBC is "ignoring" is then (after those complaints have been pouring in for days) finally discussed on the flagship Daily Politics...albeit for just three minutes and with the BBC presenter sounding a very strong 'health warning' about it from the word go.

So there we are. The BBC - like the Guardian but unlike several right-wing papers - isn't buying these claims about Jeremy Corbyn.

And it's not encouraging you to buy them either.

And what does that say about 'BBC impartiality'?

For a firmly non-BBC take on all of this you might want to read the latest article from Douglas Murray. It's quite a 'think' piece.
Posted by Craig at 22:41