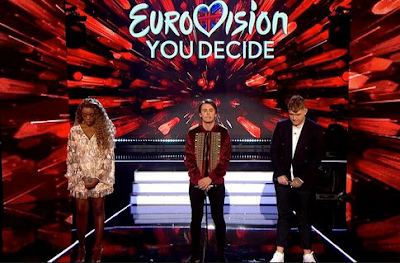 Now, it's only right on a blog like this to note that 'the other side' is up-in-arms at the BBC for the corporation's decision to ban audience members from waving EU flags at Eurovision: You Decide.

Only Union Flags were allowed at the event and security measures were taken to thwart pro-EU activist groups trying to flood the event with EU flags.

A BBC spokesperson said: “As a safety precaution we check all personal belongings, including all flags, into studio security while ticket holders are in the studio audience, but do, however, supply the audience with UK flags once they are inside.”

The BBC were, in fact, following the Eurovision code of conduct to the letter.