In which I accuse Craig’s appraisal of More or Less on the issue of Holocaust denial of being far too generous and gives the programme a pass it doesn’t deserve.

I should declare an interest - in the literal sense - meaning that the subject interests me, and not in the euphemistic sense, which suggests a financial or similar obligation that might tie one to a particular view.

I heard this programme because the subject matter caught my eye, (I suppose I should say “ear” ) which why I paid attention to a programme I haven’t properly listened to for ages.

The treatment of the item about Holocaust denial seemed decidedly glib. To use one of More or Less’s favourite phrases, “let’s dig a little deeper” and ask who benefits from a thorough More or Less debunking of this survey’s findings. Cui bono?

Q. Why would the Holocaust Memorial Day Trust commission such a survey?

A. A survey might be useful to probe the extent of the perceived increase in antisemitic incidents, with relevance to the activities of Jeremy Corbyn and his merry men.

Q. Why would More or Less feel the need to analyse it?

A. The BBC might wish to put the survey under scrutiny for many reasons.
They don’t trust the findings;
they think they’re unreliable;
they don’t like the findings and wish it weren’t so.
The very idea of a massive groundswell of ignorance and racism is neither palatable nor credible to most people I’d imagine.

So here’s my take on the programme.

The intro itself immediately brings in a kind of get-out clause, using non-committal language, which covers the whole issue:
“As many as one in twenty adults in Britain don’t believe the Holocaust took place.”
("As many as" = "not categorically")

Then they define the word ‘Holocaust’, presumably to avoid any misunderstandings, but (problematically for me) emphasising the "even bigger" number of ‘non-Jewish’ targets, “Roma, disabled, political prisoners and many others.” This almost vindicates or diminishes Hitler’s underlying antisemitism - the specific scapegoating of Jews - that fuelled his extermination policy. It’s almost worthy of Ken Livingstone when you think about it.

Then the findings (of a 2,000 person survey) are extrapolated to a seemingly mind-boggling conclusion, which is that “as many as one in twenty”  people in the UK deny the Holocaust.

Admittedly, the BBC is not alone in making this unlikely-sounding extrapolation from the figures. I think that’s the inherent flaw in all surveys. How do we (ever) know that any sample truly represents the entirety? I don’t know how they do that and it could explain why polls and surveys are often way off the mark. 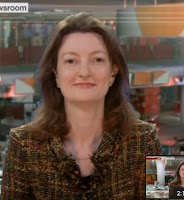 Ruth Alexander has been trying to find out more. She proceeds to analyse the methodology and takes a look at the questions, bringing in Professor Peter Lynn, who raises an eyebrow. 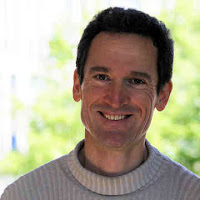 'The number sounds too big.

Other experts agreed there are some serious flaws in the study.

The wording of the questions seems to have some serious shortcomings, which may have affected the findings.'

The best example of this kind of confusion that comes to mind at the moment is the irritatingly frequent misunderstanding of the term “cannot be over-estimated”, which people so often mistakenly say when what they really mean is “cannot be underestimated.”

But how confusing is it to be asked “Do you believe the Holocaust never happened? Well, do you? yes or no? And if you say 'yes, I do', do you mean it happened or it didn’t happen?

“People taking part in a survey like this”, posits the good professor, “maybe they’re ticking boxes mindlessly, with one eye on the freebies?”

Yes, good point. But that’s a criticism that could be applied to all surveys. In fact, it highlights the flaw in the entire notion of surveys, wouldn’t you say?

“And”, he continues, “some people may be ticking outrageous boxes just for the fun of it.”

Ruth Alexander takes that up and runs with it. “Yes,” she agrees, “look how many people follow the Jedi religion.”

Well, in that case, we’re all finished. We’re all trolls, wind-up merchants or too bloody stupid to know what we’re doing. Survey, shmurvey, oy veh.

Another flaw in this survey they're claiming is that the term ‘Holocaust’ wasn’t explained. People may have thought they were answering questions about Hollywood, or holograms or holey socks.

This is looking more like a thorough debunking of surveys-as-a concept as opposed to this particular survey with its unpalatable findings.

I must admit question No.1 was a bit tricky. It was about numbers. It resembled one of those multiple choice questions you get on The Chase or Who Wants 2 B a Millionaire.

The answer’s bound to be a guess, really.

The next question was in a similar vein, but it concerned the dates the Holocaust took place. The choices given were something like:

You could guess, but you could always answer “don’t know.”

The next analysis concerned a consecutive list of questions containing confusing double negatives, in which the crucial question “The Holocaust never happened” was cunningly concealed. Further trickery involved the deliberate complexity of having to tick one box from a wide range of answers graded from ‘strongly agree’ to strongly disagree.

Why am I calling it trickery? you ask. Well, the implication seems to be that the HMDT might have engineered the survey so that the findings would exaggerate the extent of Holocaust denial. Now, why would they do such a thing? To “smear” the whole of the UK, perhaps?

I’m afraid both Ruth Alexander and Professor Lynn can’t really continue to debunk this survey without recognising that the points they're making will inevitably debunk most other surveys as well. Not to mention referendums. ‘We weren’t given enough information. We didn’t know what we were doing. We were misled.’

I wonder how Ruth Alexander’s inability to handle a double negative without getting the meaning completely wrong could be extrapolated?

Is that too difficult for you? It was for Ruth Alexander. She couldn’t figure out what the right answer was. What if this problem with basic comprehension were to be extrapolated and applied to the number of people working on More or Less? Would it be 20 per cent? 50 per cent? Hmm.

In case you too are as confused by the double negative as she was, she gives the answer, slowly and clearly for those of us who have difficulty grasping the principle.