Stand By Your Men

Some more BBC complaints responses for your reading pleasure.... 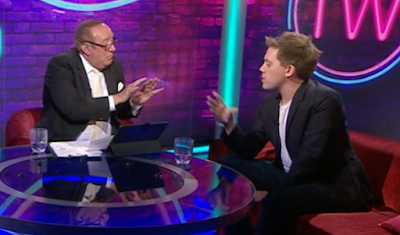 This Week, BBC One, 10 January 2019
Complaint
We have received complaints from people who felt Owen Jones was treated in a disrespectful manner while appearing as a guest on the programme.

Response
Following the verbal abuse which he and others had sustained from protesters outside Parliament, Owen Jones, journalist, left wing commentator and activist, used his “Take of the Week” section to give his personal take on the current state of political discourse, the rise of the far right and, as he deemed, the reasons for this.

This is a prominent section of the programme in which the author gives their views unchallenged.  During his video and the studio discussion which followed, Mr Jones made allegations about the Conservative Party and right wing media which some would consider contentious.  As our audience would expect, Andrew scrutinised what Mr Jones said.  Michael Portillo, who disagreed with Mr Jones, also gave his opinion. Mr Jones was given ample time to express his views and respond to points made to him.

When Mr Jones made allegations about The Spectator magazine and Andrew’s role with the publication.  Andrew legitimately pointed out that this was nothing to do with the BBC and it wasn’t right for Mr Jones to use the programme to make personal accusations against him. 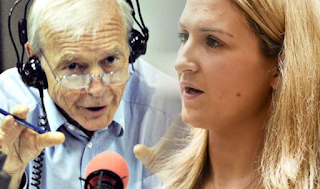 
Complaint
We received a range of complaints following the interview of Helen McEntee. Some listeners felt the tone and content were not appropriate, suggesting a personal bias from the interviewer.


Response
We raised the main concerns with the programme team, who respond to the issues as follows:

“Thank you for getting in touch. We are sorry to hear you objected to John’s interview with Helen McEntee on Saturday. However we do not agree that John’s questioning was unfair.

Our job is to put arguments to interviewees to test their opinions and to see how firmly held they are. We’ve done this with guests responsible for the UK’s role in these affairs too. We take the same firm but fair approach to each interview.

It can be useful to approach an issue from an alternative point of view - the question about Ireland ‘throwing its lot in’ with the UK was an attempt to do just that. We think it is a legitimate question to ask, as a different way to discuss the importance of the trading relationship between the nations.

John also queried the position of the Irish Government, as stated by Leo Varadkar at Davos. This wasn’t a challenge to Minister McEntee personally. At Davos, the Taoiseach said: “I think we’d end up in a situation whereby the EU and Ireland and the U.K. would have to come together and in order to honour our commitment to the people of Ireland that there would be no hard border, we would have to agree on full alignment on customs and regulations.”

Perhaps at some point Ireland may choose to prioritise its desire to avoid a hard border over its obligations as an EU member. We have to ask to find out. A question like this doesn’t reflect a presenter’s own personal view. Part of their job is putting other people's views forward. Presenters have to be impartial and it is their job to play devil’s advocate.John put it to Ms McEntee that even though the UK voted to leave the EU, and thereby its rules and regulations, the Taoiseach’s position suggested that the UK was expected to abide by those rules after all. His remark, ‘and it sounds a bit arrogant to a lot of people on this side of the Irish Sea’, reflected the argument that the Irish and the EU are not acknowledging this.

Minister McEntee made the point that the Irish want to avoid a hard border with Northern Ireland, that the UK’s red lines include leaving the Single Market and the Customs Union and that the backstop is there to protect the peace process after two years of negotiations.

Today is required by the BBC’s Editorial Guidelines to be duly impartial and accurate, and we believe we achieved that here. We think this kind of robust questioning is well within the bounds of what our listeners expect."