More on More or Less 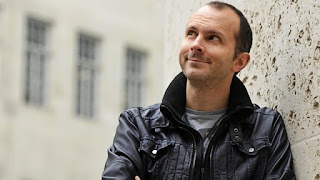 Find my post about that deplorable episode of More or Less and put it together with BBC Watch's recent piece; add them together and what have you got? Yes…. another piece!!

To recap: The programme’s attempt to debunk the findings of the Holocaust Memorial Day Trust’s survey about Holocaust denial was utterly ridiculous. The professor of methodology didn’t even spot the gigantic agenda-driven flaw in the programme’s methodology.

For a programme whose very title implies balance, (“Is it more? Or is it less? We weigh up the evidence before we judge”) made by an organisation whose very remit is impartiality, under obligations within its charter, it was a total fail.

All it managed to achieve, if anything at all, was merely to question the reliability of surveys as a whole. All surveys and polls. Per se.

“Disregard the answers,” they concluded, “the participants were either dishonest or rather thick. Ignore the findings, they were probably all wrong”.

Which is what you should do with this ridiculous programme. By the way, if you think 5% sounds a bit high, why not try taking 'people’s' survey about that topic in, say,  Bethnal Green?
Posted by sue at 12:00