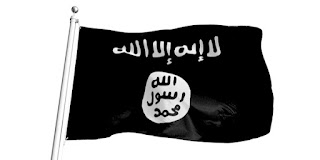 Have you read the latest piece in The Conservative Woman? Two urgent steps Britain must take to defeat the Islamist threat.

I read it this morning. The author is Ghanem Nuseibeh, Chair, Muslims Against Anti Semitism, Founder, Cornerstone Global Associates and former fellow at Kings College London and Harvard University.

I hadn’t heard of him before, though I think I’ve heard of the organisation called Muslims against antisemitism.
It sounds good, but I’m always wary of people who equate antisemitism with Islamophobia, as this group seems to because the two things are not directly comparable. Not two cheeks of the same arse if you like. However, “Against Antisemitism”? What’s not to like?

The thing that first struck me about this piece was the shocking contrast between the virulently anti-Christian rhetoric in statements put out by Al Jazeera in Arabic and the revisionist, whitewashed versions that appear in English translations. Unless you’re an Arabic speaker, you’d never know.  Hence Alistair Burt’s trusting but utterly naive interpretation of Al Jazeera’s response to the Pope’s visit to the Arabian peninsula.

“Foreign Office Minister Alistair Burt hailed it as ‘a powerful initiative and a step towards greater cooperation, understanding and tolerance between two of the world’s great religions"


It was hoped that the visit would usher in a new era in which the rights of Christians in the Middle East would be protected. For so many years now, the Christians in the Middle East have been subjected to persecution; literally being driven out by the insidious Islamism that has been taking hold of so many societies in the region, making them the most persecuted religious minority in the world.

“Fooled Ya!” they must be gloating, over at Al Jazeera (Arabic)

"Qara Daghi: Pope's visit to the UAE may be interpreted as a recommendation of tyranny."

(Above translation courtesy of Google translate.) Anyone who’s familiar with MEMRI will know there is a similar translation issue with the freely expressed, virulently antisemitic and inflammatory statements made in Arabic and constantly aired on Palestinian media. English language “translations” if any, are modified to the extent of being whitewashed to the point of obliteration. But you need to follow PMW to make yourself aware of this, and how many of us bother?

The world’s oldest and largest extremist Islamist group, the Muslim Brotherhood, continues inciting its adherents in the Middle East and Europe. The Manchester Arena bomber was radicalised by the Muslim Brotherhood, according to Haras Rafiq, chief executive of Quilliam, the anti-extremism think tank, as reported in the Guardian”

We don’t know which form of Islam the parents of the three runaway girls belong to, but it’s well-known that:

“Mr Abase himself came under fire after it emerged that he had been part of a flag-burning mob outside the US embassy in London in 2012.

Also at the rally were hate cleric Anjem Choudary and Michael Adebowale, one of the killers of Fusilier Lee Rigby. Mr Abase admitted going to two further rallies, with his impressionable daughter in tow.”

Bearing in mind that Ghanem Nuseibeh is well aware of the potentially civilisational threat from Islamic extremism as well as our government’s unwillingness to tackle it for fear of offending Muslim voters, he makes two suggestions:

“Islamists have demonstrated an unparalleled ability to outsmart government. They adapt to new circumstances and adopt new technologies to spew their venom. Yet they are also very vulnerable, and defeating them is within reach if the political will exists. The government of this country needs to catch up. There are two immediate and urgent tasks that it needs to undertake.

The second urgent task is to block access to anti-Christian and anti-Semitic preaching on the Al Jazeera Arabic website. This includes sermons by people who are either banned from entering Britain or people who have openly supported suicide bombings of the kind seen at the Manchester Arena. “

I need to go back to an earlier post., in which I contend that as an individual Shamima Begum is but a drop in the ocean, compared to the bigger picture. Whether she is allowed back to the UK to face the music, with or without her “unborn” baby is neither here nor there in the long-term. Her return would only be meaningful in a symbolic way. If she does get her way, presumably she’ll be monitored and perhaps imprisoned. It’s even possible she’ll get a book deal and a modelling opportunity. Get on Strictly or Bake-off. Portrait Artist of the Year, maybe. The BBC is already making her into a kind of pin-up. I don’t even care, because what seems far more important is for the government to wise up, tout suite.

I have no idea whether the Begum family or the Abase family are members of the Muslim Brotherhood, supporters of Hizb-Ut-Tahrir or any other bonkers strain of Islam. The whole lot of it should not be pandered to by the government or the media. They don’t even pander to Christianity for goodness sake.

Proscribe all extremist organisations. Discourage all manifestations of religious extremism by not glorifying it on the media or anywhere else. Stop trying to normalise burkas and hijabs. Don’t acquiesce to foreign, antithetical, third world cultural practices.  Let us blaspheme, ridicule and criticise Islamic dogma to our hearts’ content, as long as we don’t incite violence. (It is illegal to incite violence) Stop pretending Islam is a faith, therefore untouchable, and not a political, supremacist and racist ideology. And let all our Christmases be white and let all our Muslims be moderate. God bless us all, each and every one.