So it can happen the other way.

Whether you class this as 'counter-evidence' or merely 'the exception that proves the rule, the question on last night's Question Time which dealt with Lord Freud's comments about disabled people and the minimum wage produced a highly unexpected reaction from the audience - something that sounded like genuine outrage at a politician's shameless grandstanding (h/t Guido Fawkes).

Like the rest of us, Labour's Angela Eagle was probably expecting the usual kind of QT audience - one apparently packed with noisy left-wing activists and students. She was no doubt expecting loud applause then for her righteous posturing about Lord Freud.

Unfortunately (for her) what she got instead was criticism of her own party political point-scoring from the audience and lots of jeering and heckling. The audience members who spoke stood up for Lord Freud and denounced Angela Eagle. David Dimbleby also intervened on Lord Freud's side, against Angela Eagle.

The Eagle landed with a very heavy thud.

I was intrigued on reading the latest Open Thread at Biased BBC to see a whole chain of comments devoted to last night's Question Time, agreeing with each how unrepresentative and left-wing the audience were, how often David Dimbleby interrupted the Tory, how left-wing audience members were chosen, how left-wing the panel were (etc) - specifically during the opening question on immigration.

A long way down the thread, however, when a new chain of comments saying much the same sort of things had got underway, someone added, "You should have stayed and watched Angela Eagle get slaughtered by the audience for suggesting that Lord Freud should resign over his comment on pay levels for profoundly mentally disabled people".

That, of course, is the subject of this very post - a segment of the programme where the audience seemed anything but unrepresentative and left-wing, the audience members invited to speak all slagged off Labour's Angela Eagle and defended Conservative Lord Freud, David Dimbleby intervened in support of Lord Freud, and the panel appeared fairly evenly balanced on the issue. Lefties watching might well have cried 'right-wing BBC bias!' at that point and took to Twitter (as, in fact, they did!)

Now, several of the Biased BBC commenters who denounced the BBC here admitted they'd switched off in disgust after/during the first question. Similarly, I myself only saw that question about Lord Freud - having watched the whole bit via Guido Fawkes. Therefore, I didn't watch the first question. It could well very have been just as bad as they said at Biased BBC - which, given that QT discussions on immigration often seem to come from another planet, wouldn't surprise me one bit. None of which, of course, would invalidate the initial point of this post.

I've now watched the whole of the first segment, and it is true to say that the loudest applause went to Giles Fraser for his pro-immigration rant which, yes, doesn't seem very representative of British public opinion.

That said, freezing, re-winding and re-watching shows that, by my reckoning, a good 40% (or so) didn't join in the applause, and the members of the audience who actually spoke seemed to split down middle on the issue. Among the 'non-pro-immigration' contributions, one wanted an Oz-style points-based system, another wanted the Spanish system where you need a job and a house before you can settle in the country, another denounced the effects of mass immigration on village life, and another cited the Latvian murderer.

Judging by the audience contributions then it was far from being the uniform Labour-supporting, lefty audience that some commenters at Biased BBC  believe it was.

Other points made were that Angela Eagle got a long time to speak and a free ride. She didn't get any more time than Jeremy Hunt, all in all, but Jeremy Hunt certainly got interrupted more often (in this segment). The interruptions from David Dimbleby weren't, however, interventions from the Left. I could easily imagine a pro-UKIP guest presenter asking some of them.

The panel covered the spectrum from those who are very pro-mass immigration (Giles Fraser and Ming Campbell) and those who are pro-immigration but want it controlled to varying degrees (Angela Eagle, Jeremy Hunt and Isabel Oakeshott). That's the way of British politics, and the way of QT when you don't have a UKIP panellist. It's rare to get a politician on the panel of this show who's anywhere near as tough on immigration as the general public.

Thus, there were biases on the panel and in the applause during this section but they were balanced out during the Lord Freud segment, and - from their contributions - the audience weren't as unrepresentative (and left-wing) as some people clearly felt they were.

I do keep wondering about that. How does that happen, that false impression? How, say, do the critics of immigration in the QT audience get forgotten about? How does the content of David Dimbleby's interventions go unnoticed when he's not putting left-wing points? How does the good sense of Isabel Oakeshott get overlooked while the right-on outbursts of Giles Fraser get remembered?

Well, people do tend to see what they want to see. As you probably know, it's called confirmation bias, and I'd say a certain amount of confirmation bias was going on in some of the comments about Question Time at Biased BBC, but I doubt I'm immune from it too. So, if you've a spare quarter of an hour - and a willingness to have an open mind - please just watch the first question (all the way through) and see who you think is closer to the truth. 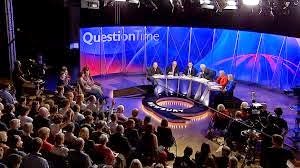 While I'm on the subject of confirmation bias, that same Open Thread at Biased BBC has what appear to me a few more possible examples of it.

One commenter denounced what he described as "This Week in Politics ,chaired by Andrew Neil, with Portillo and Abbott":

they discussed immigration and in particular if the UK could stand indefinitely an influx of 250 thousand pa. Incredibly those on the panel seemed to think that it could!! They trotted out all sorts of rubbish to support this lunacy.

...before launching into a long political point about immigration and the Westminster bubble.

Meanwhile, down the page, another commenter had watched the same bit of This Week and come away with a very different impression:

For a change, and In fairness to the BBC – last night’s episode of ‘This Week’, they let Jon Gaunt give a good account of his views on immigration. – Ms Abbott was also put under pressure.
Is the new ‘Chair’ Rona getting to grips ?

Why did the first commenter forget all about Jon Gaunt (from the other side of the immigration debate to Diane and Michael)? Confirmation bias?

Elsewhere another commenter linked to FOX News' reporting of the upholding of the death sentence for blasphemy by a Pakistani court on a Christian woman, Asia Bibi - a sickening story. The commenter notes, ‘FOX NEWS’ -not INBBC:- “Persecuted Christian: Will Pakistan’s Asia Bibi be killed for alleged blasphemy?” - except, as anyone who heard this morning's Today will know, the BBC did cover the story and talked about Pakistani society's murderous ways of dealing with those who are brave enough to challenge its blasphemy law for good measure. Plus the story was high up on the BBC News website home page yesterday evening (as I remember seeing it). Is that a case of confirmation bias too?

Someone else took mild exception to a BBC magazine article entitled ‘Is wearing a Native American headdress offensive?’. The article concerns the Glastonbury Festival's decision to ban it because a few dozen people signed a petition calling it offensive. The implied charge against the BBC was of PC bias.

Of course it could just be reporting a story about PC, just as the Daily Mail likes to report such stories without being PC itself, so as to fire up its readers' outrage engines - and, indeed, the Daily Mail has reported the story.

The amusing closing paragraph of the BBC article (well, it amused me!), "Not everyone appears to be taking the headdress restriction seriously. A new petition has been launched calling on Glastonbury to ban tipis", suggests that this isn't exactly the kind of earnest PC piece that the commenter was implying it was.

Finally, another form of confirmation bias could be applying rational-seeming labels that just happen to give you enough wriggle room to 'prove' your point, such as the commenter who wrote,


I’ve just noticed the panellists on ‘Any Questions’. Heseltine (soft-left), Chukka (left), Frances Grady (hard left), and Delingpole (phew, a Conservative at last). Despite Delingpole, I shall not listen.

The wriggle room applied there is to describe Michael Heseltine as "soft-left", thus 'proving' that the panel is biased (3:1) towards the Left.

You may remember that widely-tweeted 'study' we covered by a genuine left-winger which did this kind of thing in reverse, placing Blairites on "the right" and Peter Hitchens, Peter Oborne, Quentin Letts, etc, on the "far-right", thus 'proving' that Question Time was biased towards the Right. That person would probably have cast this particular AQ panel as "Heseltine (right), Chukka (centre), Frances Grady (soft-left) and Delingpole (far-right). 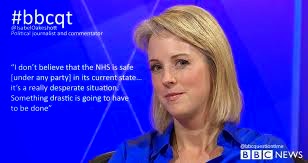 The ever-reliable Ed West has an interesting take on all of this over at the Spectator:


Manufactured outrage is not a joke. Since the totalitarian-lite ideology of political correctness was born on American campuses after the Second World War it’s been used to snuff out unpopular ideas and legitimate lines of scientific inquiry; it’s a sub-rational style of argument that has no more place in a mature democracy than flag-waving ultra-nationalism or religious fundamentalism. Indeed it appeals to the same emotional parts of the brain. As I wrote in today’s Express:


‘It makes Question Time unwatchable because rational arguments are drowned out by indignant, reason-free protests on behalf of this or that disadvantaged group.’

If I were a producer for the programme I’d have any politician who tried the outrage card sent off to a corner for ten minutes with a can of Coke and some crisps while the grown-ups did the talking. Many politicians are wont to play the card, although Labour MP Emily Thornberry in particular stands out for her use of it, her response to the debate on marriage tax breaks being along the lines of ‘as a child of a hard-working single parent I’m offended by this’, as if that were a winning argument against the vast data on the beneficial effect of being brought up by married parents on childhood outcomes.

Anyway, it the reaction to this that made last night’s episode of Question Time so pleasing. Eagle tried to make everyone feel outraged, but instead the audience turned against her, accusing the MP of distorting Freud’s words for party political gain; it was like watching the crowd turn against Ceausescu in Bucharest, and the first time I’ve ever seen a QT crowd react like this. I think I may have to move to Newbury: If that’s what their Question Time audience is like, imagine how sensible the population as a whole must be.