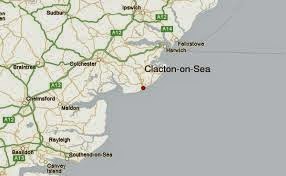 I see that many UKIP supporters have taken to the social media airwaves to wax highly indignant about last night's Question Time.

Their problem was mainly with the QT audience.

This edition of the programme came from Clacton-on-Sea, where some 84.3% of the electorate have just voted for parties of the Right (UKIP 59.7%, the Conservatives 24.6%). So, if any bias emerged in the wake of the by-election, you'd expect a right-wing (audience) bias, right?

Well, the opposite bias emerged - in spades.

Most of the QT audience members who expressed an opinion during last night's edition made strongly anti-UKIP points and, more generally (with very rare exceptions), expressed left-wing opinions throughout the programme.

The applause followed a similar bias, loudly backing any left-wing/anti-UKIP points made by the panel.

And, on top of that, only two people were willing to identify themselves as UKIP supporters when asked to contribute to the discussion (and deny they were racist) by David Dimbleby.

So, that didn't seem remotely representative of either the local area or the UK as a whole. And it didn't seem so because it isn't!

We've been here before. QT audiences are notorious beasts and we've discussed their strangeness many times here many, many times.

The paradox is that they appear to be heavily biased towards the Left (pretty much wherever the programme comes from) yet prominent right-wingers [who usually bash the Beeb] - such as James Delingpole, Janet Daley and Nigel Farage - continue to give the BBC a clean bill of health here, believing the QT team to be absolutely scrupulous in trying to balance their audiences fairly.

They circumvent the BBC's protocols en masse and then attempt to dominate the debate. The non-Left parts of audience, not being those kinds of people, keep quiet. [British conservatives are like that - except online!]

This hi-jacking of Question Time has become a farce. The BBC's present protocols obviously can't cope with it and "something needs to be done". But what? 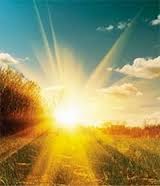 Of course, this wouldn't be Is the BBC biased? if I didn't also note that a high proportion of Twitter comments about BBC bias today have been bashing the Beeb from the opposite direction, accusing the BBC of being a Goebbels-like promoter of UKIP (or of being anti-Labour).

I've seen people accusing the BBC's Norman Smith of being pro-UKIP and pro-Tory, accusing the BBC as a whole of being UKIP's "step-parent", of pushing them the expense of the Greens, of failing to mention that Labour actually increased its vote share in Heywood and Middleton [which they did mention, cos I 'eard it!], etc.

Now, you and I well know that such people are nothing more than left-wing nutters [as a mirror-universe Mark Mardell might put it] but, my goodness, there are an awful lot of them out there, there really are!

Watching them fume about the BBC in such large numbers today just for reporting the simple fact that UKIP won a by-election and came close to winning a second one in a safe Labour seat is a reminder that claims of BBC bias aren't always to be believed just because lots and lots of people [relatively speaking] don't like the news they are hearing and agree with each other that it's all the BBC's fault. 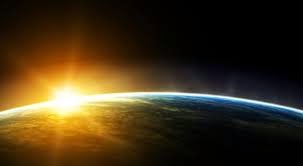 And, of course, this also wouldn't be Is the BBC biased? if I didn't test it out for myself on on a specific programme, such as this morning's Today.

It ended with a couple of 'establishment' right-leaning journalists - Matthew Parris and Anne McElvoy - discussing UKIP from a non-supportive position.

Matthew, a Conservative Party 'wet' who can't stand UKIP, was characteristically honest and provocative - so much so that he clearly infuriated many a right-winger today! He denounced the UKIP voters of Clacton. John Humphrys couldn't remember the source of the quote (old commie Bertie Brecht), but cited that telling gibe that the answer to Matthew's distaste for the electorate's verdict is to change the electorate. Anne McElvoy was less hostile to the electorate but remains, essentially, a mainstream Conservative journalist barely a yard (or metre) away politically from Matthew Parris.

Anti-UKIP bias? Well, two UKIP politicians were interviewed on Today - the victorious Douglas Carswell at 7.10 and his new leader Nigel Farage at 8.10. Against them were ranged Douglas Alexander for Labour at 7.30 and Grant Shapps for the Conservatives, alongside Nigel, at 8.10.

Tone-wise (enter subjectivity!), Douglas Carswell was interviewed coolly by Norman Smith and Nigel Farage was given a hostile grilling - including a classic 'ambush', using the Guardian's lead story - by John Humphrys. Grant Shapps got a less hostile grilling than Nigel Farage and, after an early interruption, Douglas Alexander got the softest ride of all.

The headlines and new bulletins, however, made UKIP's achievement and Labour's close shave very clear.