'Law in Action': Mind the gap! 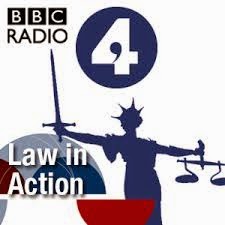 I caught up yesterday with the 30th anniversary edition of Radio 4's Law in Action, hosted by its original presenter Joshua Rozenberg, and intended to blog about it today.

It took the form of a debate in front of an audience of legal professionals. The panel consisted of the former Lord Chief Justice Lord Judge, Deputy President of the Supreme Court Lady Hale, and the former DPP Sir Keir Starmer. They were all there to discuss what they thought were the most significant legal developments of the last 30 years.

It was genuinely eye-opening but also slightly disturbing.

What was eye-opening about it was it made me think about quite a few things I've not really thought about enough before. I got somewhat philosophical for a while afterwards.

What was slightly disturbing about it was that it revealed a quite staggering gap between the liberal-minded legal professionals involved in that Radio 4 debate and the far-less-liberal general public.

It also showed that those same legal professionals clearly believe the fault lies with us rather than with themselves and that our politicians ought not to pander to us.

The two most significant legal developments, the progamme decided, were the march of equality legislation (especially over gay rights) and the adoption of the Human Rights Act in 1998. There was very broad support for both from the panel and from the legal great and good in the audience.

Tellingly, when Lord Judge made the one point in the entire programme that seemed to touch on conservative concerns (though he was emphatic that he was no Conservative) - namely that it's not clear where sovereignty lies between the UK parliament and the European Court of Human Rights, and that that's a problem - Lib Dem Lord Carlile (in the audience) rose to dismiss sovereignty as unimportant and that he believed 'most people in this room' agree that the EU is a good thing.

The thought struck me, after my philosophical mood wore off, that the kind of views and the limited range of views on offer here tally pretty much exactly with what many of us feel to be the BBC's own 'groupthink' on such issues, and, to my surprise, having spent some time mulling this over yesterday preparing to burst onto the blog today with 'a scoop' (!), I find this morning that Paul Donovan in the Sunday Times has been thinking pretty much exactly what I've been thinking about this (a two-man 'groupthink'!).

I call Paul Donovan to the witness box:

Last week’s edition is therefore an opportunity to laud Law in Action for the valuable role it plays. Yet it also demonstrated something more worrying — the gulf between m’learned friends and ordinary people. The problem, as with other areas of the BBC’s output, is that the programme’s thinking can be too narrow, and stems from the corporation’s innate liberal bias.

The topic the panel had to discuss was the key legal developments of the last 30 years. The progressive and ambitious Starmer, who is now waging a high-profile campaign to become a Labour MP, waxed lyrical in praise of the Human Rights Act, which also received support from two other QCs, the human-rights barrister Lord Pannick and the Lib Dem peer Lord Carlile. You did not once learn that the Human Rights Act is regarded by many as a terrorists’ charter — and that the home secretary has pledged that, if elected next year, a Conservative government would repeal it.

It would have been a very different programme had it consisted of, say, voters in Clacton or elected politicians — less rarefied, less elegant, but punchier and more relevant.

Just as Farming Today, if debating caged chickens, talks to animal-rights activists as well as poultry farmers, Law in Action has to make room for those who believe the law is an ass, as well as the Hampstead silks who make a fine living from practising it.

Hijacking Update:
Dear Craig,
Hope you won’t mind me hijacking this thread with this important piece. I imagine there are some interesting conversations round the Rozenberg dining table.