Bad day at the HoC 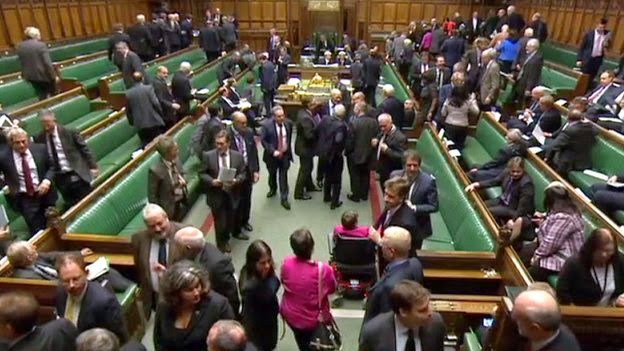 I’ve just spent the best part of the late afternoon and evening watching the debate in the HoC. Obviously, they voted in favour of recognising a Palestinian state.

Why some MPs thought they had the right to opine on something they clearly knew next to nothing about let alone vote on it, is unclear. Several of them declared that they had been bombarded with e-mails from their constituents begging them to vote for the motion.

Why these constituents thought it was their business to opine on something they knew next to nothing about, let alone write e-mails imploring their MP to vote for it, is unclear. Well, let’s rephrase that. They didn’t know they knew nothing about it. It was an unknown unknown. In fact they thought they knew very much about it indeed, because they’d seen the pictures on the BBC. Seen the pictures, read the book and got the T shirt.

Your BBC has diligently brought them the information they were so keen to share with their MP, the pictures from Gaza. That’s all they  needed to know. Of course the BBC has also brought them several other Pollyanna-ish ideas, in particular, that Mahmoud Abbas is a moderate and a true partner for peace.

The incursions into Gaza, the separation wall, the checkpoints, the bulldozing of innocent Palestinian homes, the brutality of Israel are all factors that these MPs, (though all ardent supporters of Israel’s right to exist) are some of the reasons why this vote is a no brainer.

Will it make any difference, they wondered, since it was not much more than a symbolic gesture?  Would it aid the peace process? Yes, they insisted. It would be honourable and it would make us proud.

So, the atmosphere in the house was 'sanctimonious bear-pit'. An overwhelming number of the usual Palestinian activists were there, plus a number of new faces. New to me.

Several self-declared actual Friends of Israel spent time outlining their long-standing Friends of Israel credentials before declaring that Israel has gone too far, lost their support,  built too many settlements, acted disproportionately, killed too many children, bombed too many schools, too may hospitals.
People kept intervening with daft remarks. One old duffer stood up and said angrily that some Palestinians still had the keys to the front doors of homes they were savagely kicked out of in 48!

Two or three people demonstrated that they ‘got it’. Robert Halfon, Louise Ellman and Ian Paisley Jr.
Louise Ellman is not an effective speaker. Actually, very few MPs are these days.

Robert Halfon was good, but while he was speaking there was some unsettling bleating going on in the background.

Ian Paisley jr. began by thanking people for the kind condolences he’d received after the recent death of his father, which lent him a bit of respect. He also had the NI credentials of having ‘been there and done that.’ He spoke against the motion.

The above three and one other were fighting a losing battle. Misconceptions, untruths, historical inaccuracies myths and outright lies slipped smoothly by, one after another.

Allusions were made to the Jewish Lobby, Sweden’s recent decision, 25 other countries had recognised a Palestinian state; all sorts of potential justifications for voting for the motion were put before the nation.
But there was an elephant in the House, which no one spotted. Well, one man did, towards the end of the debate. Mike Gapes, a Labour MP who has recently voted in favour of ‘action against the Caliphate cult’  - he mentioned  the Islamist factor, the similarity between Isis, Hamas, Islamic Jihad etc. But guess what, it didn’t matter, he too would be voting for parliament to recognise Palestinian statehood.

The thing was, though, that  most of the people who spoke insisted that they had taken an even-handed, purely logical approach. They were in favour of an peaceful solution, in which the Palestinians get self determination (their inalienable right) and Israel gets security. That’s all they want! - “We granted Israel statehood in 1950, so why shouldn’t we do the same for the Palestinians who have suffered for so long?

Why then, if they were purely motivated by a desire for fairplay and cricket, did most of them pepper their speeches with quite vitriolic outpourings against Israel?

I’d like to give a special mention to Diane Abbot. Even though she said things I found deeply obnoxious, she was hilarious. Her hand-gestures -  sometimes whirling round and round, some times just flapping, were pure burlesque. Those rolling eyes. She’s so funny, but she’s starting to look like a guy in drag. She’d be a fab clown-o-gram; you could hire her for a party. Oh, she’s already at the Labour party.

A few MPs recognised that Hamas are terrorists, but the consensus was that this symbolic gesture would ‘send a message’ to the cuddly Abbas, the moderate Palestinian leader whose only desire was for statehood alongside Israel, and that this recognition would take the wind out of Hamas’s sails, and everyone would live happily ever after.

How, one might wonder, did they get it so wrong?

How did the BBC report yesterday’s debate this morning?
“MPs voted 274 for the motion and 12 against, but so many MPs stayed away that the result is unlikely to change government policy.”

Having watched it myself I had been wondering who the 12 naughty nay-sayers were, and I was reminded that early on in the debate, a notable speech against the motion was delivered by Sir Malcolm Rifkind. (How could I forget?) (That’s what comes of not taking notes.)
Another omission on my part. I forgot to say that several of the MPs who wished to drive home the point that they were doing this at the behest of their impassioned constituents brought up the well-attended anti-Israel demonstrations as evidence that the whole country is behind them. Not one of them had noticed, obviously, the chants of “Jews to the gas” etc.
I noticed that the BBC included a bizarre quote from the ever-weirder Gerald Kaufman, who was in favour of the motion because he didn’t want to see more antisemitism. “what Israel is doing is unJewish” he said.
I won’t even start on that concept, its influences an implications. 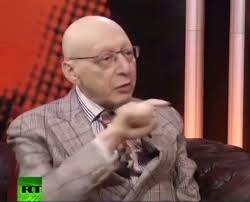