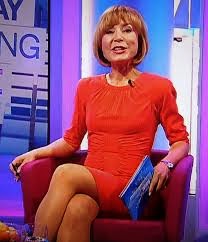 From former BBC director of News Helen Boaden to John Humphrys and Nick Robinson, prominent BBC figures have recently been keen to 'fess up to the BBC having had a pro-immigration bias in the past.

For the present day BBC, of course, the words "in the past" give them the chance to put the issue behind them and move on, but what if the BBC is still pushing a pro-immigration message because of having (as Helen Boaden put it) a "deep liberal bias"?

This morning's Sunday Morning Live asked the question, "Is the UK too hostile to immigration?"....which is a very particular way of framing the issue for starters. They could have asked, "Should the UK be tougher on immigration?", but they didn't. If you were marking the programme for impartiality, that would be a tick in the 'Pro-immigration' column.

Then came the opening report showing two immigrant footballers playing for a local football club, making their case for why immigration is a good thing, recounting stories of racism and condemning the media for spreading negative messages about immigrants. If you were marking the programme for impartiality, that would be a second tick in the 'Pro-immigration' column.

Still, at least you can rely on SML to feature a lively discussion between its four studio guests, some speaking for the question, some speaking against it, can't you?

...except, astonishingly, all four guests - yes, all four guests (Dr Lez Henry, Charlie Wolf, Michelle Dewberry and my old hero Bill Oddie) - agreed with each other that we are too hostile to immigration and criticised politicians and the media for stirring up anti-immigration feelings.

Lez Henry blamed "politicking" for creating a moral panic. Charlie Wolf said that immigration is economically beneficial and that immigrants blossom in their new countries (to that country's benefit). Michelle Dewberry blamed "punchy headlines" and "catchy stories" (about things like benefit tourism) for infuriating people, stories she didn't believe were entirely true. Bill Oddie said that people who think immigration should be reduced are "not terribly well-informed" and that Britain's culture has "burgeoned" because of immigration.  He also [in an extraordinary outburst of anti-British self-loathing that seemed to take even Sian Williams by surprise] expressed his complete and utter loathing for Britain and British "chauvinism". ("I'm not proud to be British. In fact I'm often ashamed to be British. We're a terrible race"). Lez Henry then talked about slavery, and his parents being "enticed" to Britain.

Both Charlie and Michelle did (eventually) express reservations about uncontrolled immigration though and the need for a little more tightening-up, but none demurred from the programme's central thrust - that we're too hostile to immigration.

If you were marking the programme for impartiality, all of this would be a third obvious tick in the 'Pro-immigration' column.

The debate paused at that point to go across to a second presenter, Amy Garcia, at the Leeds Museum for Black History Month.

In the programme's introduction, Amy said this "fits in really well with one of today's debates. My Leeds, My Culture celebrates the positive contribution that people of African descent have brought to the city" which, if you were marking the programme for impartiality, would be a fourth tick in the 'Pro-immigration' column.

Amy talked to a population geographer and an ethnic minority immigration officer. The professor said that immigrants make "an enormous contribution" to the NHS and in building industry, and that we'd be a lot worse off without them. He criticised, at Amy's invitation, the government's controls on student visas. The immigration officer said immigrants face "a very harsh" life in the UK. "Life is very hard for them", she said. If you were marking the programme for impartiality, would be a fifth tick in the 'Pro-immigration' column.

The discussion then continued in the studio, much as before. [Lez wanted the "indigenous people" to be "educated" into seeing the benefits of immigration.]

Now, if all of this isn't damning enough of BBC bias, then please read the list below of all the questions put by main presenter Sian Williams during this discussion. If they don't amount to absolute cast-iron proof of BBC pro-immigration bias here then I'm a Dutchman. (And I'm not a Dutchman, en ik vertel de waarheid over dat!).

- Lez, if I could start with you. We heard Reginald, who's from Zimbabwe there, saying he's got racist messages, his car tyres have been slashed. Is this something that you are hearing yourself? Do you think the rhetoric around immigration has become more hostile?

- So, Charlie, it's the idea of 'the other' that people are suspicious of and that's why perhaps there's a more hostile reception...?

- That being said, and you both have parents who came here, why then do twice as many people in the UK say there are too many immigrants compared to places like Germany and the Netherlands, who have a lot more? Is it the case, do you think, Michelle that we are a less welcoming country and, if so, why?

- Why do you live here then? [to Bill Oddie]

- Well, you can leave Bill!

- But it's true, if you don't like where we are then go to somewhere where...

- So integration has worked?

- Integration has worked as far as you're concerned. Why then is...?

- It's a better life, Charlie?

- I heard, though, Michael Heseltine, the ex-Tory minister, saying on a programme yesterday that it feels like the same sort of febrile atmosphere around immigration as during Enoch Powell's day, when he was talking about the rivers of blood. Is that something you're feeling as well?

- There is a points system at the moment that works, isn't there? A points system...Therefore, if you're more skilled you're more likely to be able to find a place here. Michelle, do you think it should go further than that?

- [interrupting] Is there a drain on the NHS because of immigration?

- So we should pick and choose who comes here is your view?

- Interesting, Charlie, it's not a soft and easy ride for immigrants was the theme that was coming out there [during Amy Garcia's segment]. There is talk as well about restricting their benefits. This isn't an easy place for them to live. So why is there this level of...Well, we're saying 'hostility', which is what some of you...

- Well, let's ask Charlie and Michelle. Why do you think...(two thirds of people think there's too much immigration)?

- Lez, there is a story in the papers today that there is one council - I think it's Newham - which is being offered some money to have street parties so that immigrants can feel like they are welcomed and part of the community. It sounds such a small thing - a couple of hundred quid. Is that something that might help? What do you think might change people's minds?

- Michelle, do you see anything changing in the next few years? I mean, if all the facts and figures are out there - and recent government social trends suggest that over the past decade immigration has actually given more to Britain than taken away - even when you have all those facts and figures do you think it's going to change people's minds?

- While we're still in the European Union, that's the free movement of people and it's a legal right for people to...

If you were marking the programme for impartiality, would be a clear sixth tick in the 'Pro-immigration' column. 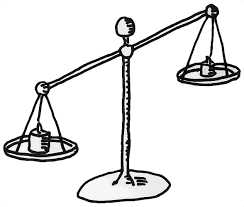 Except for her joky exchanges with Bill Oddie, those questions clearly bring out a strong pro-immigration bias on Sian's part (which many might well generalise to the BBC as a whole). She barely bothered to try to make even the most token effort to put the opposing point of view, did she?

This being Sunday Morning Live though, the online vote came down heavily against the programme's (loaded) question: 73% said 'No, the UK isn't too hostile to immigration' while a mere 27% agreed with everyone who appeared on Sunday Morning Live that, yes, we are too hostile to immigration - despite all the overwhelming efforts of the 'Yes' campaign run by the SML team.

"We're friendlier than people give us credit for, Lucy?", asked Sian (in a forlorn tone of voice - and, no, I don't think I'm imagining that. Watch and see for yourselves) - the Lucy in question being Lucy Siegle of the Observer, who had joined the panel later on (along with George Moonbat of the Grauniad). Observerista Lucy felt that the public aren't  as "anti as they suggest". Add a seventh and final tick.

Now, I do think I've become something of a 'BBC bias wet' over the past couple of years - a BBC bias Hezza! - but this Sunday Morning Live was about as shamelessly biased as anything I've seen on the BBC for a long time. I hesitate to use the words, but 'pure propaganda' springs to mind.

Maybe all BBC bias-related sites and campaigners should focus on this one programme and use it to prove that Helen, John and Nick are completely wrong in consigning this sort of pro-immigration BBC bias to the past. It remains alive and kicking very, very hard.
Posted by Craig at 16:33