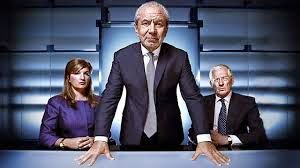 Iain Martin has a somewhat tongue-in-cheek post about The Apprentice at the Telegraph, 'Is the Apprentice a Marxist plot designed to discredit capitalism?', which, for all its humour, makes some reasonable points, I think, about the BBC's business coverage:

In the last decade the BBC has done much to improve its coverage of business. It has hired a string of respected figures and good journalists – Jeff Randall, Robert Peston and now Kamal Ahmed – as business editor and has strength and depth in its reporting team. This has produced a dramatic change in the tenor of the Beeb's coverage. Whereas in my youth the Corporation only tended to cover business with relish when a leading business person committed a criminal offence, discredited Thatcherism or fell off a yacht, there is now much more serious attention paid to the part of the economy which creates jobs and employs many millions of Britons.

Despite these positive developments, there is clearly still a Marxist sleeper cell, intent on discrediting capitalism, operating at the heart of the BBC. How else can one explain the existence of the Apprentice?...

...The entire thing is horrible. It is not just that the contestants are portrayed as being generally awful; that the squabbling men go to meet potential customers without shaving first; and that the women appear to be at odds with each other from the moment they are introduced. It is much, much worse than that.

The cumulative impression created – because of the way the programme is structured, edited and marketed – is unflattering. The message is that business is unreliable, selfish, cut-throat and inherently flashy in an embarrassingly tasteless way.

This is not the fault of most of the contestants. As Steve Moore noted on Twitter last night, the show isn't really about entrepreneurialism or innovation. It is about sales and some of those chosen to take part clearly have skills that are useful in any economy. The market trading ethos is salesmanship in the raw and is needed in all manner of big companies. But caricature it by setting up daft challenges, magnify it with close-up shots, add that stupid modern music that they use on television to suggest tension, and what you get is middle class BBC mockery that denigrates sales and business. And let's face it, this country needs to sell a lot more, particularly to the outside world.

Now, some of you might take issue with Iain's characterisation of the improvement in the BBC's tone towards business in recent years (and his praise for Robert Peston), but I too remember how bad it really used to be. His description of the BBC's earlier dismissive, often hostile attitude towards business (before the Blair years) rings very true to me, and the BBC's many regular business spots and star-name business reporters nowadays are something different, something better. #discuss (as they say on Twitter).

Still, The Apprentice does seem to show, as he suggests, that something of that old spirit lingers, albeit a much shallower incarnation of it.
Posted by Craig at 10:49